These athletes walked off the court — or field or floor or track — and onto the red carpet at the Metropolitan Museum of Art on Monday night for the 2021 Met Gala.

Osaka co-hosted this year's Gala, opting for a Louis Vuitton dress as she walked the carpet with boyfriend Cordae.

The Olympic gymnast's Swarovski crystal-covered AREA Couture x Athlete gown was so heavy she needed help from six people just to walk around.

Williams — who told reporters her hair was inspired by African culture — stepped out in a strapless ruby red Prabal Gurung gown.

The NBA player kept it classic in a Ralph Lauren navy tux and loafers, but topped off the look with his hair painted blue with white stars, a hair design created by Sarah Shears of One Eleven Lounge.

Joined by her husband Alexis Ohanian for the event, the tennis champion wore a silver lace catsuit with pink stars by Gucci, paired with an ombre pink feather cape.

After finishing her Olympic career in Tokyo, Felix tried on a dramatically different look, walking the Met carpet in a billowing feathered dress by Fendi.

Pausing for a solo photo without his wife Ayesha Curry, the NBA player looked dapper in his embroidered custom suit by Versace.

The Canadian athlete, who came second in the US Open women's tennis tournament, attended her first Met Gala in Carolina Herrera.

The sprinter was a first-time Met Gala attendee, wearing a red and black gown by designer Theophilio.

The Olympic skateboarder paired his all-white suit look with black boots and layers of sparkling necklaces.

Carrying an Edie Parker clutch emblazoned with the words "In Gay We Trust," soccer superstar Rapinoe wore a custom red suit by Sergio Hudson with a blue, star-covered shirt.

Fresh off of her US Open women's singles victory, British tennis star Emma Raducanu walked the carpet at her first Met Gala in Chanel.

The retired tennis pro's look — which she called "tres chic" — was designed by Gabriela Hearst.

Just like the gold medal she won in Tokyo, gymnast Sunisa Lee was golden on Monday night in a crop top and skirt by Sukeina.

Before most stars began to filter in, gymnast Nia Dennis performed a floor routine on the Met Museum's iconic steps with accompaniment by marching band Brooklyn United. 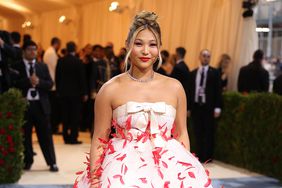 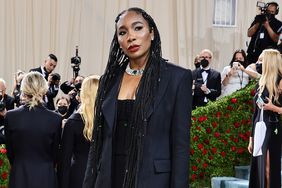 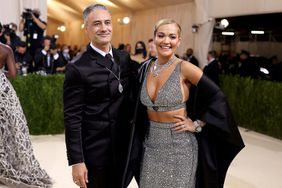 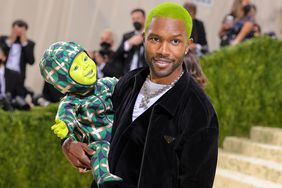 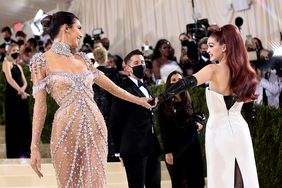