The two-time Olympian revealed last month that she underwent surgery to have a tumor removed, which doctors later found was cancerous

The Olympic figure skater, 25, shared an update on her health for her fans on Tuesday, saying that she is “doing a little better” and has been able to go on walks outdoors after doctors removed a malignant tumor from one of her kidneys last month.

“Doing a little better. More pics from my walks,” the athlete wrote on Instagram Tuesday, sharing a photo of birds in the sky and another of sunlight hitting some stones. Earlier this month, Maia shared a series of three black-and-white photos from a walk, writing in the caption, “Baby steps. Feels good to be outside again. ?? 2020.”

Maia revealed to fans in a candid Instagram post last month that doctors had discovered a mass on her kidney after she visited the emergency room in October for a stomach virus.

She underwent surgery to remove the abnormality shortly before Christmas.

“The surgery was successful and I was able to keep the rest of my kidney,” she said at the time.

Five days later, she shared that she had received the pathology report, which revealed that the successfully removed tumor was “unfortunately malignant (cancer). (SDH)-deficient renal cell carcinoma.”

“This wasn’t the news I was hoping for, but I am beyond thankful that it was detected early and that my surgery went well,” she said. “No further treatment is required at this time – the next steps are for me to continue focusing on recovering and healing.”

On New Year’s Eve, Maia shared some reflections on 2019 and her past decade.

“It was an incredible, gratifying, and terrifying year of my life – a beautiful year and decade with a complicated ending,” the bronze medalist wrote. “As the sun sets on 2019, and rises in 2020, I’m still fueled by passion, pushed by desire, and inspired by the world.”

Maia’s older brother and skating partner, Alex Shibutani, commented on the post with a string of red heart emojis.

Maia and Alex — who are known as the “Shib Sibs” — helped Team USA clinch the third-medal spot with a paired free dance in 2018’s Winter Olympics in PyeongChang. The duo also took home the ice dance bronze medal at that year’s games. 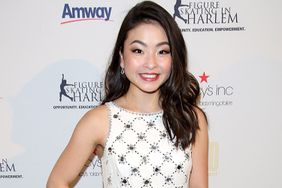 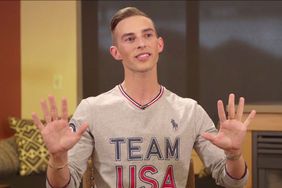 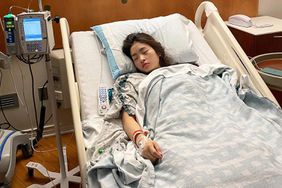 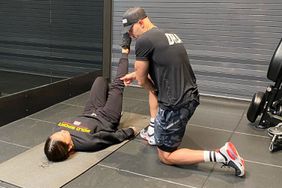