The Olympian steps out with aspiring model Megan Rossee in London

Is Michael Phelps diving into the dating pool?

After collecting a record 22 Olympic medals, the swimming phenom was spotted in London with a beautiful blonde, identified by several media sites as aspiring model Megan Rossee, 25, from Los Angeles.

Rossee, who posted an Instagram photo of them together Sunday evening with the caption “Yay Michael,” has been quietly seeing Phelps, 27, since January, Hollyscoop reports, accompanying him to the Olympic Trials as well as the Games.

An avid soccer player, Rossee works as a cocktail waitress at Hollywood’s Blok nightclub, says Hollyscoop, and describes herself on her website as a 5’9.5″ All-American girl with “experience in High Fashion Print, Runway, Film and Television.”

“I am super easy going and pretty much down for any type of project (that doesn’t involve nudity),” her Model Mayhem profile says. “I love what I do and hope to further my career as a model as well as a performer.” 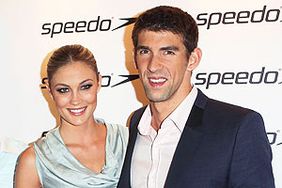 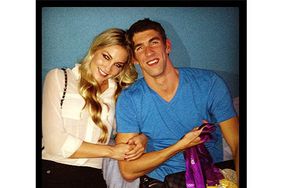 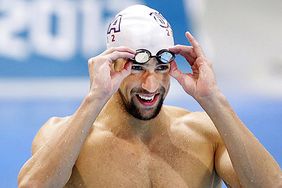 Michael Phelps: 'Everybody Pees in the Pool' – So What?