The baseball community is in mourning after Loek van Mil, the tallest professional player who played for both American and international teams, died over the weekend. He was 34.

KNBSB, the Netherland’s baseball and softball association, confirmed the tragic news about the 7’1″ Dutch pitcher in a statement on their website on Monday.

The sports organization explained that van Mil had passed away on Sunday evening “as a result of a fatal incident,” but did not provide any further details on the circumstances of his death.

“Van Mil had a long and successful baseball career in which he played in the Dutch big league for HCAW and Curaçao Neptunus,” KNBSB wrote. “The pitcher played as a pro in America for the Minnesota Twins and the Los Angeles Angels and in Japan for Tohoku Rakuten Golden Eagles.”

“The KNBSB is very grateful to Mil for what he has done in his career for Dutch baseball and wishes the surviving relatives strength to cope with this major loss,” the organization added on their website.

Van Mil’s death comes less than a year after he was involved in a serious hiking incident that nearly killed him, according to ESPN.

Last December, the former MLB pitcher was admitted to an Australian hospital after he hit his head on the rocks and suffered a number of injuries, including fractures and bleeding on the brain, during a hike in the outskirts of Brisbane.

According to the outlet, van Mil was lying unconscious in bushland for 24 hours until he was discovered by a hiker. At the time, Brisbane Bandits Chief Executive Mark Ready told The Courier-Mail newspaper that van Mil had “gone from gravely injured to critical but stable” condition.

Van Mil recently announced his retirement from the sport due to the accident as he worked on making a full recovery, according to Sports Illustrated.

Throughout his career on the diamond, van Mil played for Honkbalclub Allen Weerbaar (HCAW) in Bussum as part of the Dutch league before signing a seven-year deal as a non-drafted free agent with the Minnesota Twins in 2005, the outlet reports.

The athlete also played briefly for the Los Angeles Angels, Cleveland Indians and Cincinnati Reds, as well as 10 seasons pitching for the minor leagues.

He then rounded out his professional career playing for Japan’s Pacific League and later, Australia’s Baseball League on the Adelaide Bite in 2016 and the Brisbane Bandits in 2018.

During his tenure, van Mil competed in several tournaments and even claimed a victory in his native country three years ago.

“Van Mil played 48 international matches for Team Kingdom of the Netherlands. He has been part of the national selection for major tournaments since 2007, such as the World Cup in 2007, the World Baseball Classic in 2013 and the Premier 12 in 2015, and as a closer, he took the victory in the European Championship final in his own country in 2016,” KNBSB wrote.

In the wake of the devastating news, several of the baseball organizations that van Mil played for spoke out on social media.

“We are deeply saddened by the tragic news Loek van Mil has passed away,” wrote the Australian Baseball League.

“Here at Adelaide we are heartbroken to hear Loek van Mil has passed away,” tweeted the Adelaide Bite Baseball Club. “Loek spent three seasons in Adelaide and was a treasured part of our team. Our condolences go out to his family, friends and teammates.”

“Our love & condolences go out to all members of his family, his friends & the baseball community,” the organization added.

“We are heartbroken to hear the news of Loek van Mil. A fantastic ball player and [an] outstanding person,” tweeted Greece Baseball. “We wish the Netherlands family prayers and comfort during this tragic time.” 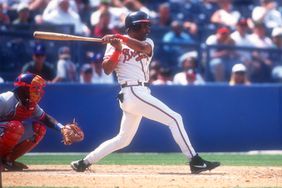 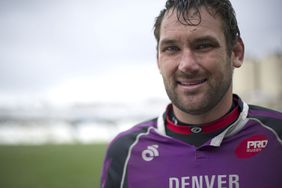 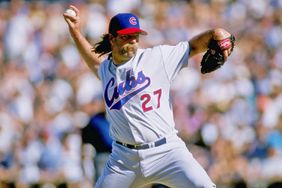