Lindsey Vonn Is 'Enjoying Every Moment' with P.K. Subban — But Says 'It's Not a Bieber Situation'

"We love each other very much, but there's no reason to jump ahead and get ahead of yourself," Lindsey Vonn said

The couple were all smiles at the taping of the Nickelodeon Kids Choice Sports Awards in Los Angeles late last week.

“We’re enjoying every moment,” the Olympic skier — who also won the need for speed award at the event — told reporters of her boyfriend of three months.

And that positivity is infectious, she said. “Sometimes when I get tired of my workouts, my energy gets really low, and it’s hard for me,” admitted Vonn. “I’d rather stay home and watch Law & Order and talk to zero people all day, everyday. But he pushes me to interact with people more and not sit on the couch. He always just uplifts me, he’s always so positive.”

Subban, a defenseman for the Nashville Predators, and Vonn first stepped out together in early June at the 2018 CMT Music Awards in Nashville, where they packed on the PDA while posing for photos ahead of the show.

A source told PEOPLE exclusively of the pair at the time, “They’re in that beginning stage of a relationship where you can’t get enough of each other.”

For last Thursday’s awards, Vonn opted for a multi-colored striped sequined Giovanni jumpsuit for the orange carpet, while Subban, 29, wore a wide-brimmed hat and a casual white shirt.

Though Vonn is happy in her romance, she assured reporters she’s not rushing down the aisle.

“This is not a Bieber situation,” the Olympian joked, alluding to Justin Bieber’s recent engagement to girlfriend Hailey Baldwin after only a few weeks of dating. “I’ve been married before. So I’m — we’re enjoying every moment.”

“We love each other very much, but there’s no reason to jump ahead and get ahead of yourself. We have plenty of time to figure everything out, so we’re just enjoying it.” 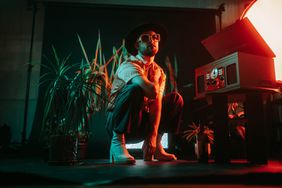 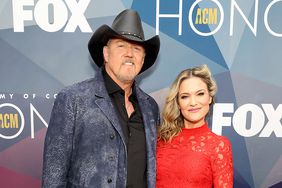 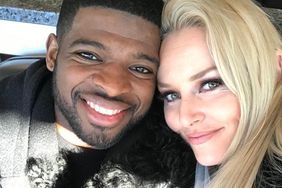 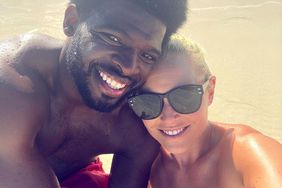