Legally Blind Hockey Fan, 11, Watches Her First Game with High-Tech Glasses: 'It Was All So Amazing'

A legally blind 11-year-old hockey fan was able to watch her favorite team play thanks to a special hands-free device that improves her vision from 20/400 to 20/40.

A giddy Olivia Lettich watched her beloved Calgary Flames take on the New York Islanders on Sunday — and she was ecstatic to be able to see all the action through special eSight glasses.

“I was able to see all the colors, all the shots, all the names on the jerseys, all the blocks and how fast they were moving,” Olivia told the Washington Post. “It was all so amazing.”

She was able to watch the team warm up and then meet some of her favorite players — Johnny Gaudreau, Sean Monahan and Mark Giordano — in the locker room after the Calgary 5-2 victory, according to the publication.

Olivia was diagnosed with a rare pediatric cancer at 4 months old and went through nine rounds of chemotherapy and 50 radiation treatments before her right eye was removed to prevent the spread of tumors, reports the Washington Post. Her cancer is in remission and she sometimes wears eSight glasses to improve her vision.

FROM COINAGE: The Unexpected Perk of Winning March Madness

The company surprised her with the chance to attend the Flames game instead of watching from home, like she usually does.

“We watch the Flames at home as much as we can,” her mother Meredith told the publication. “We have an ottoman and she’ll sit right on it, within a foot of the TV.” 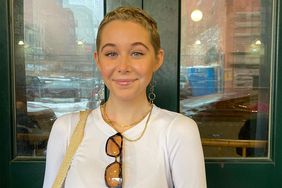 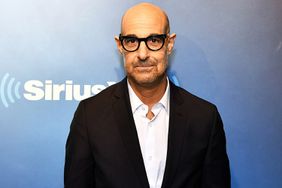 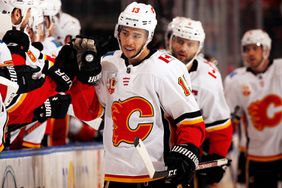 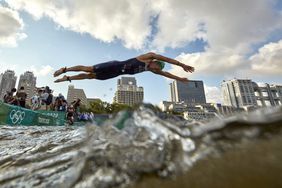 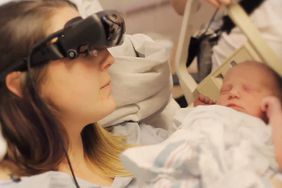 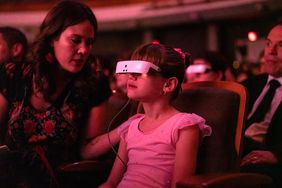 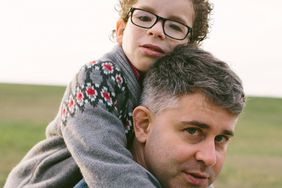 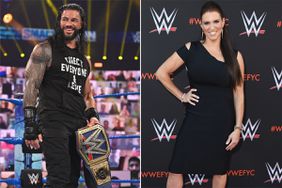 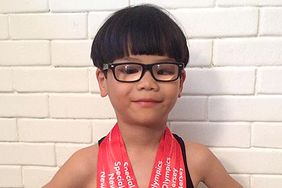 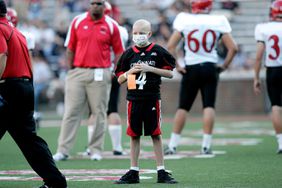