LeBron James and his team at the 2020 NBA All-Star Game will honor Kobe Bryant‘s 13-year-old daughter, Gianna Bryant, by wearing her jersey number — and James says he chose it because of his own daughter, Zhuri James.

Last week, the NBA introduced changes to this year’s All-Star Game to pay tribute to Kobe, Gianna, and the seven other victims of the Jan. 26 helicopter crash in Calabasas, California. One of those changes is to the jersey number of the teams, one represented by James of the Los Angeles Lakers, and the other by Giannis Antetokounmpo of the Milwaukee Bucks.

All members of Team LeBron will wear No. 2 on their jerseys, in memory of Gianna, who played with the number as a member of the Mamba Sports Academy. In turn, Team Giannis players will wear No. 24 in honor of Kobe, who wore it in the latter half of his career.

When asked why he chose Gianna’s number for the game, James had a one-word answer, according to Los Angeles Times reporter Tania Ganguli.

“Zhuri,” he replied, referring to his 5-year-old daughter.

In the wake of 41-year-old Kobe’s death, James has spoken much about the importance of family.

“It’s my 17th year so I know, you give so much to it that unfortunately, your family comes to the wayside at times, because when you want to be great at something, when you want to be the best at something, you become so driven that you won’t let nothing stand in the way of it,” he said on Friday, following the Lakers’ first game since the tragic accident. “Not even your own family sometimes.”

James added, “At the end of the day when y’all punch y’all clocks, and we punch our clocks, and we’re either done for the day or done doing what we’re doing, make sure you like, hug the s— out of your family. If you’ve got kids, tell your kids you love them.

According to the Times, James, 35, wore a special bracelet that included Kobe’s No. 8 and No. 24 during a team practice on Monday.

“Today was the start of a new week,” James told reporters of returning to routine.

“We got a great workout, great practice today,” he added. “We continue to focus on what needs to be done to continue to win ballgames and get better and be as great as we can be. So it was a good day for us today.”

Last week, James, who joined the Lakers in 2018, revealed a new tattoo that featured a snake — a reference to Kobe’s “Black Mamba” nickname — and the numbers 8 and 24. The design also includes two roses, as well as the words “Mamba 4 Life” inked below the black serpent. 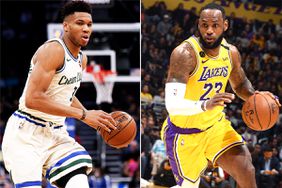 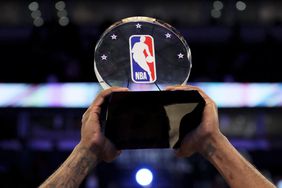 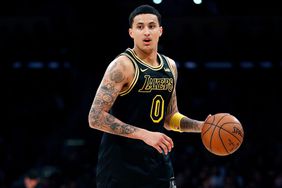 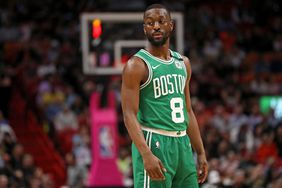 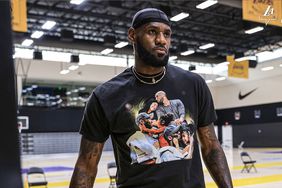