What to Know About the NBA's Larry O'Brien Championship Trophy, Created by Tiffany & Co.

When the NBA Finals come to an end later this month, one team will walk away with a stunning trophy.

The Larry O'Brien Trophy — which is named for the late former NBA commissioner — is awarded at the NBA Finals every year, and has been "designed" and "handcrafted" by Tiffany & Co. since 1977.

Crafted annually at the Tiffany hollowware workshop in Cumberland, Rhode Island, the piece is made from sterling silver with a gold vermeil finish and weighs 16 pounds. It stands 24 inches tall, according to a press release from Tiffany.

The coveted trophy shows a basketball before it enters the net and is created by using "age-old techniques such as spinning, silversmithing, chasing, hand engraving, and polishing," Tiffany added.

The Championship Trophy was first created back in 1978, per the NBA. Then, it was known as the Walter A. Brown Trophy, honoring the original owner of the Boston Celtics.

In 1984, the trophy was renamed for O'Brien, who was commissioner of the basketball league from 1975 to 1984. He was also later inducted into the Basketball Hall of Fame in May 1991.

The stunning trophy is created over a time span of about six months for a total of 63 hours of labor, according to Tiffany & Co.

The company also creates other basketball trophies, such as the Bill Russell NBA Finals MVP Award, the WNBA Championship Trophy and the NBA Eastern and Western Conference Championship trophies.

Either the Milwaukee Bucks or the Phoenix Suns will take home the Larry O'Brien Trophy later this month after the 2021 NBA Finals.

The Suns, who have never won an NBA championship, made their first NBA Finals appearance in 28 years and their third overall during Game 1 on Tuesday, according to NBA.

The Bucks, meanwhile, made their first NBA Finals appearance in 47 years and their third overall. They won their only NBA championship in 1971.

The Milwaukee Bucks and the Phoenix Suns will continue to face off in Game 2 of the NBA Finals on Thursday, which will air on ABC at 9:00 p.m. EST. The Suns currently lead over the Bucks after Tuesday night's game. 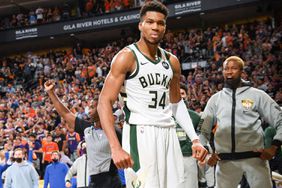 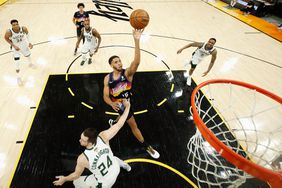 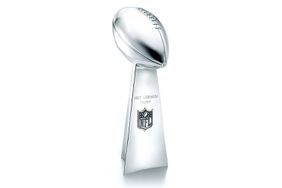 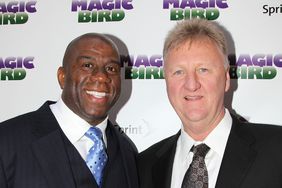 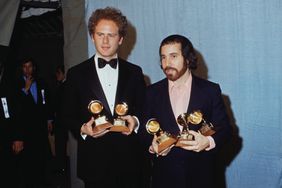 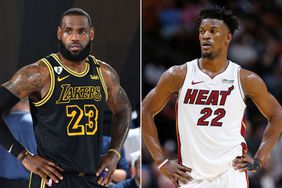 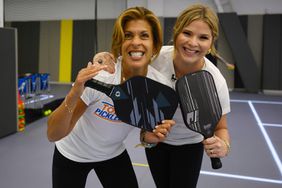