Lamar Odom is crediting a new drug therapy in his road to recovery from addiction.

The former NBA star, 41, opened up about using ketamine to treat his struggle with addiction during an interview that aired on Monday's broadcast of Good Morning America. Odom shared that he's been taking small doses of the synthetic drug under medical supervision for the past two years as part of his recovery process.

"I went to rehab and did some other things, but ketamine came into my life at the right time," Odom told ABC News' Steve Osunsami. "I'm feeling amazing."

Ketamine, a synthetic drug with hallucinogenic effects, was approved as a short-acting anesthetic by the U.S. Food and Drug Administration (FDA) during the 1970s, according to the agency's website.

While often abused as a "club drug," small doses of ketamine have been found useful in treating some mental health conditions, and a nasal spray for treatment-resistant depression was approved by the FDA in 2019.

The FDA currently classifies the use of ketamine for mental health conditions as an "off-label use" of the drug.

According to Odom, who has grappled with substance abuse issues in the past and was hospitalized following a near-death overdose in 2015, his treatment involves taking small doses of ketamine over the course of one-hour sessions.

Calling it the "healthy high," Odom said the process has helped him overcome the urge to use drugs such as cocaine.

"I don't wake up looking to do lines … or waking up in a dark place or feeling unfulfilled," he explained. "When Kobe [Bryant] passed away, you know, the old Lamar, that'd have been every excuse in the world for me to go get high, [but] doing drugs didn't even enter my mind."

Odom's new drug treatment will be featured in his upcoming documentary, Lamar Odom Reborn, which airs this week on YouTube, MTV Live and other social media platforms.

The basketball player previously told PEOPLE that the docuseries is about "having the strength and the whereabouts to tell my own story, my way."

"I'm actually happy to share [the things I've been through] with people to inspire them," he said. "I get the same kind of feeling when people come up to me and say, 'Lamar you are an incredible basketball player.' It's the same feeling when people come up to me about adversities I've gone through, such as drugs. I've overcome many battles and they can relate to it and it inspires them. So, I feel good about sharing my life and moments I might not have been so proud of at the time."

"It's nice to look back at different times in your life and see it sort of in third person," he added. 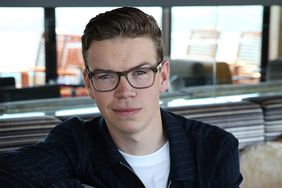