"To see her smile and laugh to me is the greatest feeling," La La Anthony said of Vanessa Bryant

La La Anthony will always be there for her close pal Vanessa Bryant.

In a new interview with Entertainment Tonight, Anthony, 39, spoke in-depth about the pair's close friendship and how she's supported Bryant, 38, since the tragic deaths of her husband Kobe and daughter Gianna in January.

"Well, you know, I'm a real friend, that's what friends do," Anthony said. "You know, you don't dip out on your friends when it gets really hard. And she's going through something that is unimaginable, that, you know, I can't even fathom what that feels like."

"So, just to be a friend and be there to make her laugh when she needs to, cry when she needs to, is a beautiful thing," she added. "But that's what friends do for each other, you know, so I'm always going to be there for her and the girls and just, you know, want to see her just continue to be strong and amazing."

Anthony called Bryant "the strongest woman I know," adding, "I tell her all the time."

"To see her smile and laugh to me is the greatest feeling," she said. "You know, to just have those moments whether they're quick moments or not, you know, for her to be able to have that, so, I'll continue to bring the fun and the laughter."

Bryant, who has been open about her grief since Kobe and Gianna were killed in a helicopter crash, shared some laughs with Anthony in July as the two participated in a viral TikTok challenge.

The pair posted their hilarious attempts on Instagram at the #DontReactChallenge — a popular viral test in which participants listen to throwback hits without moving along to the music or reacting at all.

After neither woman could hold back their laughs in the first attempt, they decided to give it another go and posted their second and third attempts at the challenge the following day.

In both videos, the friends smiled throughout as they tried to hold back laughs.

“This was too good hahaha,” Natalia, Bryant’s daughter, commented on the fun clips. 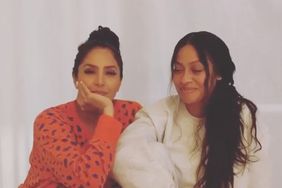 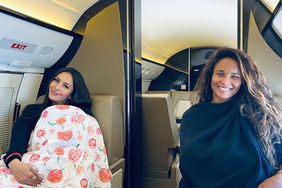 Ciara Shares Sweet Photo of Herself and Pal Vanessa Bryant Breastfeeding Together: 'Got Milk?'

La La Anthony Says Vanessa Bryant and Daughters Are Her 'Family': 'That's What It's Always Gonna Be'

Vanessa Bryant Responds to Mom's 'Beyond Hurtful' Interview About Their Relationship 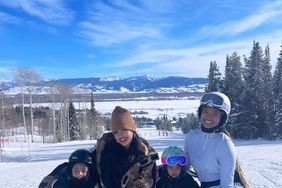 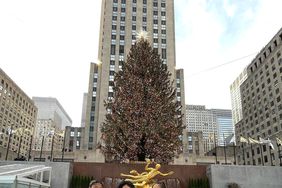