"We had hoped to grow old together like [in] the movie," said Vanessa Bryant

Kobe Bryant and his wife Vanessa Bryant shared a love fit for the big screen.

During a powerful memorial for Kobe and their daughter Gianna at the Staples Center on Monday, Vanessa, 37, gave an emotional speech about the late basketball star’s knack for romantic gestures.

One of the most memorable gifts, she said, was the actual prop notebook and a costume worn by Rachel McAdams in the 2004 romantic drama The Notebook.

“When I asked him why he chose the blue dress [from the movie], he said it was because it’s the scene when Allie comes back to Noah,” said Vanessa. “We had hoped to grow old together like [in] the movie. We really had an amazing love story.”

She continued: “We loved each other with our whole beings, two perfectly imperfect people making a beautiful family and raising our sweet and amazing girls.”

At the celebration of life, Vanessa was joined by her daughters — Natalia, 17, Bianka, 3, and 7-month-old Capri — their family and friends, along with her late husband’s former basketball colleagues and teammates.

She started by eulogizing her “baby girl” Gianna, who she called an “amazingly sweet and gentle soul.”

“She was daddy’s girl but I know she loved her mamma. She was one of my very best friends,” she said. “… Kobe always said she was me — she had my fire, my personality and sarcasm, but she was tender and loving on the inside.”

Vanessa added: “She had the best laugh. It was infectious, it was pure and genuine. Kobe and Gianna naturally gravitated toward each other.”

Also in her speech, Vanessa called Kobe her “soulmate” who “had a tender heart.”

“I want my daughters to know the amazing person, husband and father he was,” said Vanessa. “The kind of man who wanted to teach the future generations to be better … he taught us all valuable lessons about life and sports … we’re so thankful he left those lessons and stories behind for us.”

Vanessa Bryant on ‘Nightmare’ Deaths of Kobe and Daughter Gianna: ‘I’m So Mad’

She concluded: “They were so easy to love. Everyone naturally gravitated toward them. They were funny, happy, silly and they loved life. They were so full of joy and adventure.”

Kobe, 41, and Gianna, 13, died last month in a helicopter crash that also killed seven other passengers.

In November, Vanessa and Kobe marked the 20-year anniversary of the day they first met in 1999 (the two tied the knot in 2001). To mark the anniversary, Kobe posted a romantic tribute to Vanessa, writing, “On this day 20 years ago I met my best friend, my Queen @vanessabryant.” 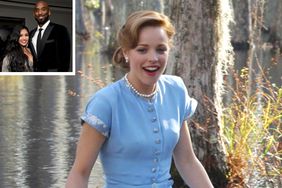 'Notebook' Costume Designer on How Kobe Bryant Found Dress for Vanessa: 'He Was That Determined'