Launching with “JDF 16”, Univision News’ digital team traveled to Santa Clara, Fernandez’s home town in Cuba, to interview influential figures from his childhood, including his little league coaches, his neighbors, and close relatives.

“We wanted to capture the essence of who José Delfin Fernández was and wanted to profile [him] away from the public eye,” producer David Adams tells PEOPLE. “Despite all the controversy surrounding his death, we wanted to dig deeper into his life and his amazing statistics of his baseball career.”

What they found, he says, was a very generous and kind-hearted young man surrounded by loving family and friends who touched the hearts of everyone he met.

The Florida Marlins pitching ace died in a boating accident on September 25, 2016, at the age of young age of 24.

Adams and his co-producer, Laura Prieto Uribe, were inspired to do this documentary because they say he was a “larger than life character,” so they figured there had be a fascinating story.

Adams says the most emotional moment for him was sitting down to interview Fernández mother, Maritza Fernández.

“She was remarkably poised and the only person we interviewed who did not cry,” he says. “She said she was cried all out, though she confessed the grief still overcomes her several times a day.”

Adams discovered that José was a “real momma’s boy” and that Maritza looked after his every need, still packing his suitcase and baseball gear until the day he died.

Another tender moment was when they sat down with his ex-wife, Alejandra.

FROM COINAGE: Michael Jordan’s Business Empire Has Him Flying, Even In Retirement

“She was just so sweet and spontaneous,” he says. “Laura and I were really touched by the way she spoke about José. Her emotions were so raw, yet she expressed them so well. For her, and for others in the film, we discovered that talking about José on camera was cathartic.”

When it comes to his girlfriend Maria Arias — who recently gave birth to their daughter Penelope —Adams says that it was a short relationship and that the pregnancy caught them both by surprise.

“Neither of them were ready to be parents and they had doubts about going through with it,” he says. “José was very supportive. He was convinced from the start that it was a girl and referred to the baby as [such] all along. He was thrilled when he learned Maria was having a daughter.”

Maritza says that Penelope she’s big like her father and has his feet.

“She’s also an incredibly easy baby,” adds Adams. “She came to our premiere in Miami and made no fuss.”

Jose Fernandez's Girlfriend Talks About Their Newborn Daughter and Keeping His Legacy Alive: 'His Absence Just Feels So Heavy' 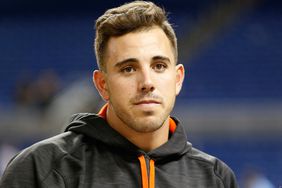 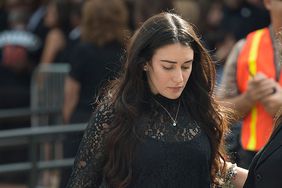 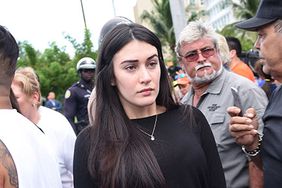 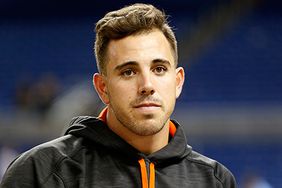 What To Know about Marlin's Pitcher Jose Fernandez Tragic Death