“We were sitting in our bedroom, and Jason’s a tough guy, but he finally had a vulnerable moment with me,” Kirstyn, 46, shares. “He said, ‘It’s bad, I can’t remember anything anymore, I can’t remember people’s names.’ Then he said, ‘Please don’t leave me.’ I told him I never would — I told him, ‘I promise you, I will always take care of you.’ ”

Jason — who spent much of his early life playing football in high school, college and briefly in the NFL — first showed symptoms of the degenerative brain disorder a few years following his retirement from professional football in 1996. When he became concerned about the fluctuating emotions he would experience after consuming even a small amount of alcohol, Jason asked his wife to closely monitor him one night as he sipped a drink in their home in Dixon, California.

“He wanted me to see what happened to him,” Kirstyn says of that moment, more than a decade ago. “He had two drinks, and he was 100 percent different. He just started crying. I looked at him and I said, ‘My god, this isn’t alcohol. There’s something wrong with you.’ ”

For the next two days, Kirstyn combed the Internet for answers, until she finally came upon a site detailing the symptoms of depression, impulsive behavior, short-term memory loss and emotional instability that are signs of CTE. They closely resembled what her husband was gradually experiencing.

RELATED: What Is CTE? All About Chronic Traumatic Encephalopathy, the Disease Plaguing Former American Football Players

Jason soon underwent brain scans that revealed his frontal lobe — the part of the brain that controls impulse, judgment and memory — was “completely compromised.” He then participated in hyperbaric oxygen therapy (which may have some benefits for people with brain injuries) for 80 straight days, but a scan following the treatment showed his brain’s deterioration had progressed. By then, Jason had shown signs of dementia.

“Over the years, I could see things change,” Kirstyn, who shares two young children with Jason, recalls. “They told me the hardest part is that they don’t know they’re changing, it’s their normal.”

CTE has long been at the center of controversy within the NFL. The condition is caused by repeated concussions and trauma to the head, which frequently occurs among the league’s hundreds of players throughout the season. This included Jason, who was subjected to numerous hits as a middle linebacker during his career. While not all football players develop CTE, it is prevalent — in a 2017 study of the brains of 111 deceased NFL players, a Boston University researcher found 110 of them had the disease.

Suicide is also prominent among players who suffered from CTE. It is the cause of death of players like San Diego Chargers legend Junior Seau, Philadelphia Eagles safety Andre Waters and former New England Patriots player Aaron Hernandez, who took his own life in 2016 while serving a life sentence for murder.

While Jason hasn’t been officially diagnosed with CTE — a determination can only come after a brain is examined following death — Kirstyn says the evidence is there. Dr. Bennet Omalu, who brought the issue of CTE to the national stage, has agreed to perform his autopsy.

In the hours leading up to Jason’s death, there were no obvious signs things were amiss. The couple had spoken over the phone that evening while Kirstyn was visiting New York — a trip Jason encouraged her to take since she typically preferred to stay home with him. But just two hours after the call, their 10-year-old son, Cash, phoned Kirstyn and said his father was “acting really different.”

Jason then picked up the phone with Kirstyn on the line, only to remain quiet. Without ever saying a word, he abruptly hung up the phone, walked upstairs, and shot himself.

“I don’t know what flipped all of the sudden, he wasn’t depressed, we didn’t have any sort of those troubles going on,” Kirstyn says through tears. “I don’t know. I think that’s the hardest part. I don’t know what happened to him those two hours after I talked to him and we were laughing on the phone. I keep trying to piece it together, going through emails and going through his phone. There’s nothing.”

While she remains a fan of the NFL, Kirstyn says she is now compelled to raise awareness about the dangers of the game. She is calling on the league to do more to help current and former players, from offering better health care to investing in CTE research. The family also hopes to raise funds for studies led by the Boston University Concussion Legacy Foundation.

Despite the symptoms he endured, Jason remained a fan of the game and regularly mentored players at his alma mater, the University of California, Davis. Kirstyn says it was the camaraderie he found in football that kept Jason’s admiration for the game alive. He found this same enjoyment in the wilderness, far from the skyscrapers, freeways and traffic of city life.

“He found an extreme amount of harmony in the outdoors,” Kirstyn says. “He felt more at home and at peace out there than anywhere. He absolutely loved the outdoors.”

RELATED: Jason Hairston Had CTE Symptoms Before Death — Here Are Other Football Players Who Had the Disease

Jason would go on to found the massively successful hunting gear company KUIU, driven by this love of adventure and campfire conversations with his dearest friends.

“He was brilliant, he was the most amazing businessman. But he was also a great father and such a good husband. He was the nicest person I have ever known. He was so nice to me,” Kirstyn says. “He was the love of my life. I just want him back, I want him back so bad.” 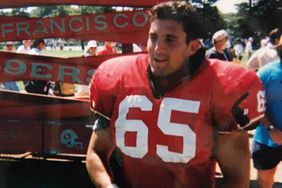 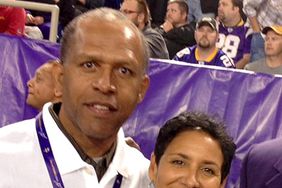 Widow of NFL Great with CTE Teams Up with Famed 'Concussion' Doctor To Raise Awareness About the Disease: 'We Have to Get the Information Out There' 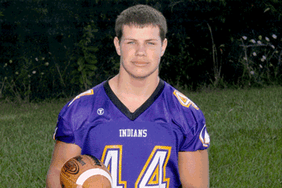 Disease Caused by Concussions Led to Football Player's Suicide: 'He Wanted Us to Tell His Story' 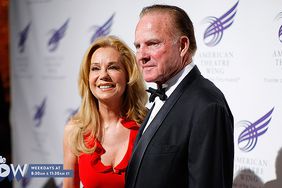 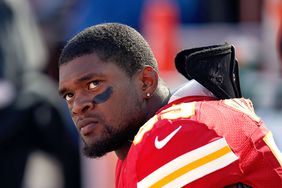