WATCH: Was IndyCar Driver James Hinchcliffe Nervous to Come Back to Racing After His Near-Fatal Car Crash?

After an Indycar crash that nearly killed him, racecar driver James Hinchcliffe wasn’t afraid to get back on the track.

“Racing drivers are just wired differently,” Hinchcliffe told PEOPLE Now Thursday. “And even after going through something like I did last year, I never had any hesitation about wanting to get into the car or wanting to get back to racing.”

“Getting back to the speedway was no big thing for me,” the 29-year-old driver explained. “For me, it was getting back in the racecar. My first day back in the car was in September, and for me that, was the big day. Coming back here was just getting back to work and doing my job.”

Hinchcliffe crashed on May 19, 2015 – about 50 minutes into a practice for the Indianapolis 500 at the Indianapolis Motor Speedway. His No. 5 Schmidt Peterson Motorsports Honda was going 223 mph around the Brickyard when his suspension came loose, hurtling him into the wall and flipping his car in a complete rotation.

When the car settled, a steel rod from the suspension’s wishbone had impaled Hinchcliffe through his right thigh and into his left leg. A concussion made it so that Hinchcliffe couldn’t remember much of the crash.

Friend and fellow driver Marco Andretti says the first thing Hinchcliffe wanted to know when he regained consciousness was when he could get back on the track.

“Luckily we’re able to joke about right now, but the first thing he asked was ‘When can I drive again?’ ” Andretti said. “And then he asked ‘What happened?’ Like you said, we have to be wired a certain way.”

Hinchcliffe would have to endure a number of surgeries and months of rehab to prepare to race again. A year later, Hinchcliffe returned to the Indianapolis 500 on Sunday, winning the pole position for the 100th running iconic race.

“It was pretty admirable and quicker than we probably both could have imagined for what actually happened,” Andretti said. “Back and better than ever.” 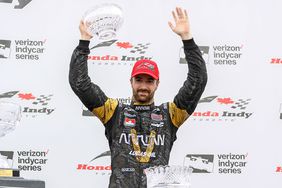 James Hinchcliffe: 5 Things to Know About the 'Dancing with the Stars' Contestant 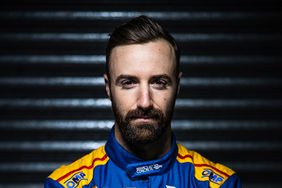 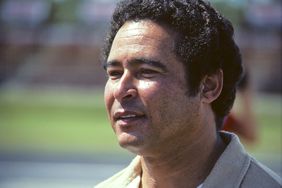 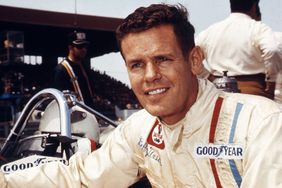 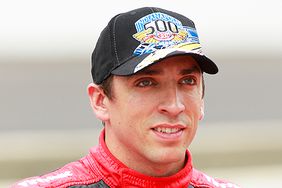 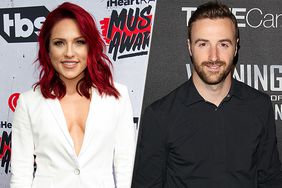 'Dancing with the Stars' ' Sharna Burgess on James Hinchcliffe's Near-Fatal Car Crash: 'He Lives for Every Moment' Now 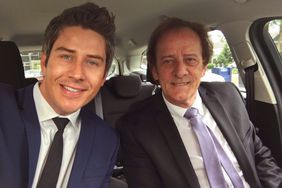 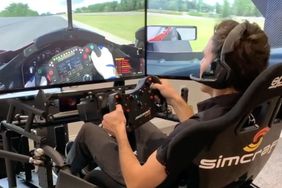