Professional tennis has returned to Queens amid the novel coronavirus pandemic

On Monday, the annual tennis tournament kicked off in Queens, New York, despite the ongoing coronavirus pandemic.

Many of this year's tennis Grand Slams have been canceled or postponed due to the coronavirus pandemic. The 2020 Wimbledon tennis championships were canceled, as well as the 2020 Indian Wells and the 2020 Miami Open. Additionally, the 2020 French Open has been pushed back, and will now be held between September 20 and October 4.

Per health guidelines, the USTA and New York Governor Andrew Cuomo announced earlier this year that while the U.S. Open could carry on, it would take place without fans.

Here’s everything tennis fans need to know about watching the open from home.

Since fans aren't allowed at the USTA Billie Jean King National Tennis Center in Queens, they will have to settle for catching the action from the comfort of their own homes.

The entirety of the tournament will be broadcast on both ESPN and ESPN2. It can also be streamed live on Fubo TV, Hulu with Live TV, Sling TV and YouTube TV.

While major stars like Roger Federer, Rafael Nadal and Ashleigh Barty have all opted to skip the event amid the pandemic, the tournament will still see some big names.

Novak Djokovic is a favorite to secure a win in the men's singles tournament, while Naomi Osaka is expected to go head-to-head for the women's singles title with Serena Williams.

Williams, 38, previously confirmed that she'd be playing in the Open, speaking in a video on the tournament's official Twitter account earlier in the summer. "I feel like the USTA is going to do a really good job of ensuring like everything is amazing and everything is perfect and everyone is safe," she said at the time, adding, "It's going to be exciting."

Rafael Nadal Won't Play in U.S. Open Due to COVID-19 Concerns: 'We Still Don’t Have Control of It'

All of the action is guaranteed to be shared across the WTA and U.S. Open’s social media accounts. The U.S. Open tweets at @usopen, while the ATP is at @ATP_Tour and WTA at @WTA. 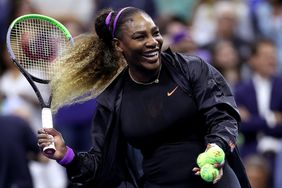 Serena Williams Confirms She Will Play at 2020 U.S. Open: 'Cannot Wait to Return to New York' 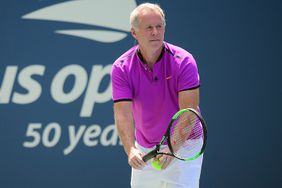 Patrick McEnroe on What to Expect at the U.S. Open — and How It's Different This Year