“If you are feeling good, you look good, you are confident about yourself, you are going to go out there and you will rock it,” the quote from Carter, 30, reads.

And Carter didn’t just become the first U.S. woman to win gold in the event – with her win, Carter and her dad, Michael, who won a shot put silver at the 1984 Los Angeles games, are now the first father-daughter duo to win individual track and field medals at the Olympics.

Carter, the self-proclaimed “Shot Diva,” is one of a group of female track and field athletes who have spoken out about feeling confident in their body after being body shamed for having something other than the stereotypical athlete’s shape.

Carter’s fellow shot putter, Felisha Johnson, points out that not every athlete’s body is going to look exactly the same, and says that she takes pride in her “muscular and bigger” shape.

“If you want to be an athlete, your body is going to be totally different.” 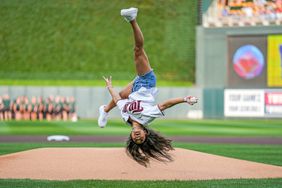 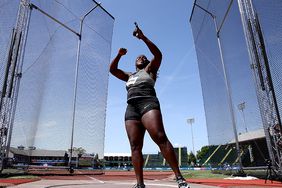 Female Track & Field Olympians Talk Body Image: 'To Be a Good Athlete, You Have to Be Strong'