In this week's episode of Red Table Talk, Atlanta Falcons player Hayden Hurst chats with the Smith family about his own journey with mental health

Atlanta Falcons player Hayden Hurst wants to make sure no man is afraid to ask for the help he needs if struggling with mental health.

Appearing on this week's new episode of Red Table Talk on Facebook Watch, Hurst, 27, chats with Jada Pinkett Smith, Willow Smith, and Adrienne Banfield-Norris about his own journey with depression.

"There is this persona that you're an NFL player and you're almost like a robot," Hurst says in an exclusive PEOPLE clip. "You just show up on Sundays and you're this big physical person."

He continues, "But I think it's more masculine to truly reach out for help and say 'Hey, I have a problem and I need assistance here.' "

In response, Pinkett Smith, 49, tells Hurst, "We as women, it brings us more into a true reality of what is happening with men internally."

The family opted to focus on the difficulties the holidays can bring for many instead of a typical Christmas-themed episode, and are joined by suicide attempt survivors in Tuesday's episode.

Hurst previously revealed in a video shared by the NFL that he first began struggling with his mental health while playing for a minor league baseball team.

Falcons' Hayden Hurst Gets Candid About Depression, Suicide Attempt: I Got a 'Second Chance'

Eventually, he attempted suicide in 2016. “At that point, I wanted out. I’d fought for so long and I just wanted it to be over," he explained.

After opening up to his family about what he was going through in the hospital, Hurst decided to make the most of his “second chance” and completely dedicate himself to football.

Tune-in to Facebook Watch on Tuesday, December 22 at 12 p.m. EST for a new episode of Red Table Talk. 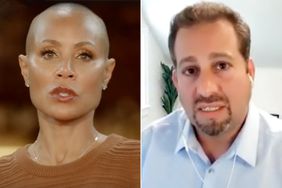 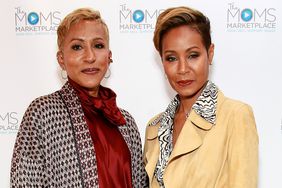