St. Louis Cardinals catcher Yadier Molina experienced every baseball player’s worst nightmare when a foul ball struck him in the groin during a game with the visiting Chicago Cubs on Saturday, according to multiple outlets.

The injury required emergency surgery to repair a traumatic hematoma — a collection of blood outside of a vessel — and will force Molina, 35, off the field for at least a month as he recovers, Cardinals president of baseball operations John Mozeliak told St. Louis newspaper The Post-Dispatch on Sunday.

Video of the accident in the ninth inning shows the Cubs’ Kris Bryant partially hitting a 102-mph fastball thrown by the Cardinals’ Jordan Hicks. The ball wound up hitting Molina in the groin before bouncing on the ground.

Immediately following the incident, Molina reportedly couldn’t walk and was seen in visible pain as assistant athletic trainer Chris Conroy and manager Mike Matheny spoke to him on the field, according to the Post-Dispatch.

“That was a bad one,” said Matheny, according to the Post-Dispatch. “And those ones don’t necessarily feel better tomorrow. That was hard to see.”

“One hundred and two [mph], fouled it off, [Molina] just missed it, and [the ball] hit him straight,” explained the Cardinals’ Marcell Ozuna, the newspaper reported. “That’s bad.”

The Post-Dispatch reported that Molina returned home on Sunday after spending Saturday night at a hospital in St. Louis. His brother, Bengie Molina, told the outlet that the baseball player “was moving around, walking on his own and feeling much better.”

Despite Molina’s injury, the Cardinals carried on and were victorious, scoring a 4-3 win in the 14th inning. 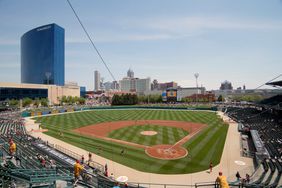 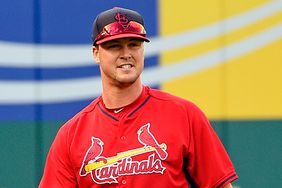 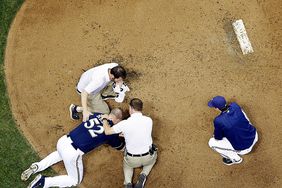 Brewers Pitcher Hospitalized, But 'Raring to Go,' After Being Hit in the Head by 108 MPH Ball 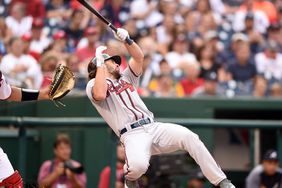 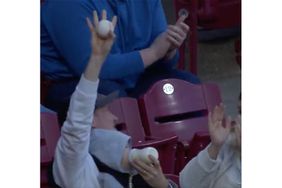 Holy Cow! It Might Be...It Could Be...It Is! It's Sportscaster Harry Caray!