Here's Everything You Need to Know About Vince McMahon's XFL, Which Relaunches This Weekend

Now that the NFL's season is over, the XFL is readying to make a comeback 20 years after its first debut

Football fans who are now waiting to fill the void left after the 2020 Super Bowl won’t have to wait long to find a replacement.

The XFL — the infamous NFL alternative that only lasted a single season when it debuted in 2001 — is relaunching this weekend, with WWE chairman Vince McMahon at the helm once again.

The original version of the league promised a brand of football even more violent than the NFL, but ended up costing both WWE — and broadcaster NBC — millions of dollars.

This time around, the organization seems to be billing itself as a safer and faster version of the game seen in the NFL, with a slew of rule changes to make that happen.

“The new XFL will kick off in 2020, and quite frankly, we’re going to give the game of football back to fans,” McMahon said during a 2018 news conference of his vision for the league.

Here is everything you need to know about the new XFL as it prepares for its first games this weekend.

Does Your City Have a Team?

Interestingly, each of the cities where the XFL is setting up shop currently has an NFL team, except for St. Louis, which lost its NFL team when they left for Los Angeles in 2016.

Who Are the Main Executives Besides McMahon?

According to CBS Sports, Oliver Luck — former head of NFL Europe and dad of retired Indianapolis Colts quarterback, Andrew Luck — is serving as commissioner of the league. Jeffrey Pollack, former chairman of the Epic Poker League and the commissioner of the World Series of Poker, is in as XFL President and COO. He will be overseeing marketing and business strategies.

The XFL’s season will last 10-weeks, and each team will split five games at home and on the road. The playoffs will consist of a division championship between the two top teams, culminating in the XFL championship game on April 26.

Differences From the NFL

No players are allowed to move, other than the kicker, until the returner catches the ball. (Watch the video above for a visual explanation of how it will play out.)

Meet Stephanie McMahon, the WWE Powerhouse — and Mom — Gearing Up for This Weekend’s WrestleMania

Points after touchdowns: Instead of kicking an extra point or attempting a two-point conversion after a touchdown, XFL teams will have the option of lining up at either the 2-yard line, 5-yard line or 10-yard line to score one, two or three points, respectively.

Double forward pass: A quarterback can now throw a forward pass to a teammate, and allow that teammate to throw a second forward pass — as long as he is still behind the line of scrimmage.

There is a slew of other changes to the game that are detailed on the XFL website.

Where Can You Watch?

XFL games will be shown on ABC, ESPN, Fox and FS1 and 2 — including Spanish-language stations — according to the New York Times. The very first game in this second chapter of the XFL will see Seattle take on D.C. on Feb. 8 at 2 p.m. ET on ABC. 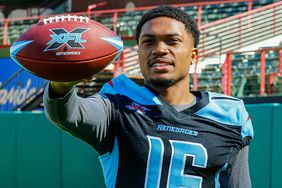 XFL Lays Off Employees, Shuts Down Operations After Suspending Season Due to Coronavirus Spread 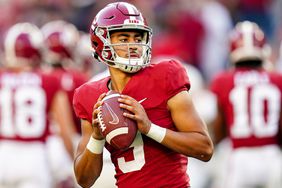 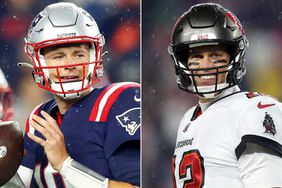