The sportscaster shared a sweet photo from the couple's wedding day

Erin Andrews has spent another year with her love, Jarret Stoll.

On Wednesday, the sportscaster, 42, celebrated her third wedding anniversary with her former NHL player husband, sharing a sweet photo of the couple on their wedding day.

Several famous friends and fans congratulated the couple on the milestone. Cheryl Burke, a dancer on Dancing with the Stars, wrote "Happy anniversary ♥️♥️" in the comments.

Andrews and Stoll, 38, tied the knot in June 2017 in Montana at a sunset ceremony. The duo said their vows in front of an intimate group of friends and family and then celebrated with a reception — all designed by celebrity wedding planner Yifat Oren.

The pair started dating in 2012, and Andrews confirmed their engagement in December of 2016.

Stoll popped the question at Disneyland’s exclusive Club 33 over the holidays. Andrews told Good Morning America in 2017 of the proposal, “We went there for Christmas to see the Christmas decorations, and we had a lovely dinner there, and he did it right there at dinner at Disneyland. I was bawling like a child.”

In March, they celebrated the pup's birthday, with Andrews sharing some adorable family photos with the pooch. 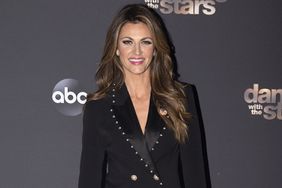 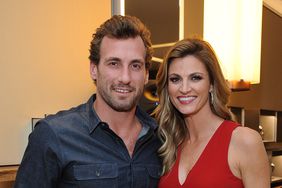