Dick Vitale is sharing an update about his health.

The ESPN sportscaster and former basketball coach, 82, has been diagnosed with lymphoma, he shared in an essay for ESPN's Front Row on Monday.

The news comes after Vitale penned a similar statement in August to share he was dealing with a melanoma scare, which he said has since "been totally cleared."

"For the second time in just a few months, I've been diagnosed with a form of cancer. As a result of some symptoms I've had in recent weeks, I've been undergoing tests and doctors have now confirmed it's lymphoma," Vitale wrote on Monday.

Vitale went on to note that he "underwent multiple surgeries to remove melanoma," and that his doctors "believe this lymphoma diagnosis is unrelated."

"What's evident is that the treatment plan for this lymphoma is going to be a lot tougher, and in both cases, early detection played an important role in helping to manage the cancers," he wrote.

RELATED VIDEO: 'I Want to Focus On Giving Back': Shaquille O'Neal Discusses His New Humanitarian Effort

The Basketball Hall of Famer went on to say that in spite of the news, he considers himself "very lucky."

"I've seen firsthand the devastation that cancer can have on families, on children, and on all of our loved ones. It can bring you to your knees. It's physically and emotionally exhausting. It robs you of so many things, including life itself for some of the most unfortunate patients. I never lose sight of that, and that's why I feel so lucky," added Vitale, who has raised millions of dollars for cancer research through the V Foundation.

Vitale will undergo steroids and six months of chemotherapy to treat the lymphoma, he said. He will continue to work amid treatment, and said "medical experts tell me it has a 90-percent cure rate."

"I will fight with all my heart in dealing with the chemo and want to get back stronger than ever," the father of two wrote before thanking his medical team, family and his "second family" at ESPN, crediting the network for being supportive and encouraging throughout his health struggles.

Vitale concluded with a young-at-heart sign-off: "If you see me, please just give me a fist bump and say a prayer that I can return from being 82 years old to acting like I'm 12. Thanks so much for your love."

Jimmy Pitaro, chairman of ESPN and Sports Content, added in a statement: "Dick Vitale is a one-of-a-kind treasure as a broadcaster and human being. His love for family and tireless passion to help people in need, especially children, truly define his greatness. He is beloved by his ESPN family and has our full support." 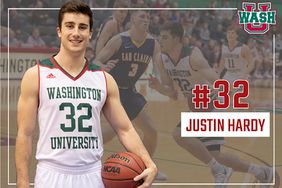 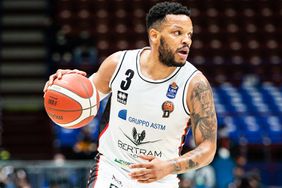