Derrick Otim drowned just off of a boat ramp at South Carolina's Lake Keowee, according to the Pickens County Coroner's Office

Derrick Otim, a young athlete who trained with England's Nottingham Forest Football Club before joining Xavier University's soccer team in the United States, has passed away at the age of 24.

Otim was visiting friends at The Cliffs — a waterfront community in South Carolina — on Friday when he drowned just off of a boat ramp at Lake Keowee, Pickens County coroner Kandy C. Kelley said in a news release.

The soccer standout graduated from Xavier University in May 2020, according to Kelley.

Police Say N.J. Mother and Grandfather Died While Trying to Save Girl from Drowning

Xavier University's athletics department paid tribute to the athlete in the wake of his death, writing in a statement over the weekend: "Better known to all of us as Del, Derrick exemplified the spirit and hard work of a Xavier student-athlete. Not only did Del excel on the field of play, but his perseverance through off-the-field challenges demonstrated his character."

"The entire Xavier family grieves for Del and his family," the department added.

Otim played 70 matches during his four-year career with the Xavier University Musketeers, according to his alma mater, totaling seven goals and nine assists.

Otim had previously played with Nottingham Forest Football Club as an academy player prior to his move to the U.S.

The English soccer league honored Otim in a tribute shortly following news of his passing, writing on Twitter, "#NFFC are saddened to learn of the passing of former academy player Derrick Otim. The thoughts of everyone at the club go out to his friends and family at this tragic time."

"RIP del, can't believe I'm writing this," he tweeted. "Such a top lad who always brought a smile to everyone's face when around him."

Meanwhile, Nottingham Forest women's soccer star Alana Crawford wrote on Twitter, "Life is so cruel. What a lovely soul you were and everyone who knew you were so lucky to have known someone as lovely as you. There are literally no words. Rest in peace."

The South Carolina Department of Natural Resources is currently investigating the death. 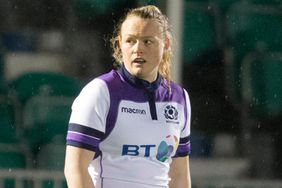 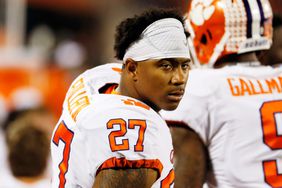