Although the couple haven't publicly announced their romantic relationship, Caroline Wozniacki has dropped many hints on her Instagram

The NBA star was spotted supporting Wozniacki at the French Open over the weekend, where the Danish tennis player advanced to the quarterfinals after winning against Russia’s Svetlana Kuznetsova on Sunday.

Wozniacki spent her day off from the tournament with Lee in Paris on Thursday. The duo were spotted holding hands while walking in a park. The athletes then dined at the famed Chalet des îles, a restaurant on an island in the middle of a lake.

Although the couple haven’t publicly announced their romantic relationship, Wozniacki has dropped many hints on her Instagram.

“Happy birthday handsome!! Thank you for making me smile every single day!” she captioned the image, adding the hashtag #34hasneverlookedthisgood.

FROM PEN: Learn How To Make XOXO Pancakes for Your Loved One

Wozniacki also shared a photo wearing Lee’s jersey and another picture of them walking away from the camera.

“There is no right way to end a relationship that has been so important to two people,” McIlroy said in a statement reported by CNN. “The problem is mine. The wedding invitations issued at the weekend made me realize that I wasn’t ready for all that marriage entails.” 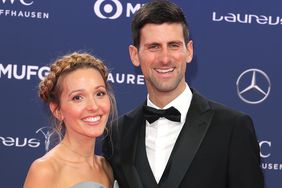