In an explosive rant on Instagram, which has since been deleted, Amendola, 33, slammed Culpo, 26, as “f—ed up” and blamed her very public “lifestyle” for their split.

“I believe there should be a boundary btw private life and social media. Olivia believes in fishbowl lifestyle. This fundamental difference was huge in our relationship,” Amendola began.

“If you’re my real friend you know I’m private. My mother, brother, father and nephew are closest to me in this world and you don’t see one picture of them and that’s for their protection from those who criticize and judge. I believe in nailing picture frames on the inside of my house to remind the ones I love that I care.”

“Olivia chooses and wants to be noticed on the internet and in Hollywood to make money. Which was hard for me to understand but quickly had to learn. Where as [sic] the cost of fame in this world doesn’t appeal to me. I play ball for one reason and that’s RESPECT,” Amendola continued.

“The only reason I’m writing this post is because, whether I like it or not, we lived in the public eye. Some of it is amazing! I’ve met some of the nicest people from all over the world and Olivia and I had some amazing times together… just like any other loving relationships we fought.”

Amendola went on to take ownership for his part in the demise of their romance, but he made sure to note that he wasn’t the only one to blame.

“A lot of time it was my fault bc let’s be honest I can be an idiot. But! Yup! She’s f—ed up too! and if you cross me I’m a hard mfer to deal with,” Amendola wrote.

“The universe brought her and I together to enjoy life, love and learn. We celebrated that as often as we could. And the sex was f—ing crazy too.”

Amendola then alleged that Culpo would get “so mad” at him for not sharing photos of her on Instagram, but to him that was “fake, sometimes toxic, but sometimes beautiful.”

“Truth is I have a whole cellphone of funny, embarrassing, sexy pics IG would love to have. However, living a public image isn’t my choice, it’s something I’ve learned to deal with.”

Amendola explained he opened about their relationship in hopes of sharing his side of the story.

“Reading all these wild stories about her and I, and seeing Olivia with other men, I just wanted to personally clear the air out here.”

RELATED ARTICLE: Danny Amendola Seemingly Takes a Shot at Zedd After Reports the DJ Might Be Dating Olivia Culpo

“Not sure what’s in the future but the only thing I care about is her HAPPINESS. And if that’s dancing with scrony [sic] little f—er, so be it. I’m happy too. With that said! Liv! My beautiful ex-Gf! Carry on IG.”

A rep for Culpo did not respond to PEOPLE’s request for comment.

This wouldn’t be the first time Amendola shaded the Russian-German DJ, 29.

Last weekend, Culpo and Zedd sparked romance rumors after they were spotted getting very close at Coachella.

In a video obtained by TMZ, Zedd was seen wrapping his arms around the model as they danced to Ariana Grande‘s “God Is a Woman.”

Just days after their flirty encounter, Amendola appeared to share his thoughts about Culpo, whom he was last connected to in January, possibly moving on with Zedd — using a line from Pulp Fiction.

While laying in his bed shirtless, Amendola recorded himself watching the film on his laptop and panned his phone towards the screen as Bruce Willis’ character talked about “Zed’s chopper.”

The NFL player made sure to include Willis’ final line of “Zed’s dead, baby, Zed’s dead” — and his rock hard abs — before cutting off the clip.

Culpo and Amendola first made their relationship Instagram official in February 2016.

The pair parted ways in March 2018 before getting back together in the fall.

In October 2018, however, a source told PEOPLE that Culpo and Amendola cooled off after the NFL pro was photographed getting close with Miami-based CBS sports journalist Bianca Peters.

“Danny and Olivia did not officially split. Danny is playing both sides,” the insider told us at the time. “He’s saying that the day with Bianca was just him having fun. She’s a reporter, he’s a football player. I think in his mind he got caught so he’s trying to diffuse it.”

The source said that while Culpo was “blindsided” to see the photos of Amendola with Peters, it wasn’t likely she would cut things off completely. “She’ll probably be back in Miami for the next home game.”

Days later, Culpo all but declared the relationship over by wearing a brand new men’s Rolex watch on her wrist the same day Amendola was celebrating his 33rd birthday.

“Looks like this is my present now. HAPPY BDAY TO ME,” Culpo wrote over her new piece of jewelry.

A few months later at the end of December, things between the couple appeared to be heating up again.

On New Year’s Eve, the model and Amendola both posted nearly identical video clips of fireworks going off on a beach, leading to speculation that the pair celebrated together and have reconciled.

Despite the speculation, their reconciliation was never confirmed and a rep for Culpo declined PEOPLE’s request for comment at the time. 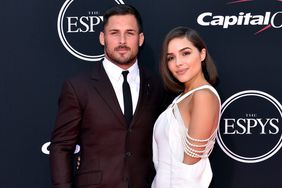 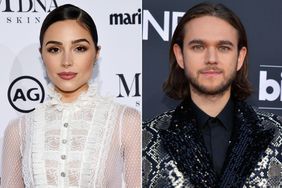 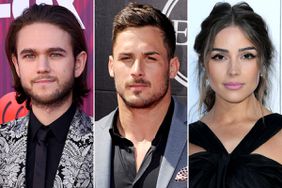 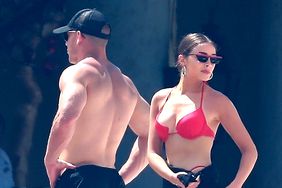 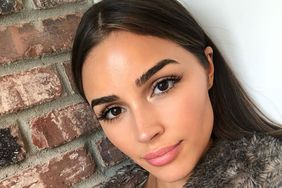 Olivia Culpo Opens Up About Her Past Battle with Depression: 'It's Ok to Not Be Ok' 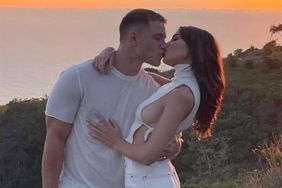 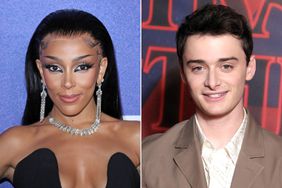 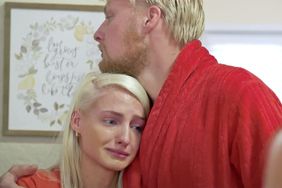