Danica Patrick shut down an internet troll after they mocked her about her recent split from Green Bay Packers quarterback Aaron Rodgers.

On Sunday, the 38-year-old former race car driver posted a screenshot to her Instagram Story of a comment left on one of her photos. The comment, written by an unidentified person, claimed Patrick had a "problem dating" after her breakup last month.

"At 38, its over for you in the relationship world with high-value men," the commenter wrote. "From a failed marriage to failed dating clearly you have a problem dating."

Patrick — who was previously married to physical therapist Paul Edward Hospenthal before their divorce in 2013 — responded to the commenter with a note of her own in the caption of her Story.

"If we let what one person thinks of us be our reality, we are doomed," she wrote. "Realize that what someone says to us has a lot more to do with their own wounds and reality than ours."

"Our reality is our decision. Still not easy — but true," Patrick continued.

Following their breakup, Patrick has remained open about the steps she has taken to move forward from Rodgers, including participating in "emotional therapy" classes.

Patrick and Rodgers were together for two years and had been isolating together amid the pandemic before their split. The two were taking online classes, cooking, and catching up with friends and family over the phone.

In May 2018 while appearing on Jenny McCarthy’s SiriusXM radio show, Patrick reminisced about how she and Rodgers first met at the 2012 ESPY Awards.

“We met at the ESPYs in 2012. We both remember meeting each other, it was quick,” Patrick said. “I got his email address, and I remember thinking to myself, ‘Oh, not a phone number? Just an email address?'”

Patrick recalled how she and Rodgers kept in contact on and off throughout the years, until something sparked between them — enough so that she could set aside her fandom for the Chicago Bears, the storied rivals of the Packers.

“We kept in touch a little bit, and there were some years we didn’t talk to each other, and then some every now and again, but it wasn’t until obviously recently that we actually had phone numbers,” Patrick said on the show. “We referred to each other as Chicago and Green Bay — it was very cute.”

Before her relationship with Rodgers, Patrick dated NASCAR driver Ricky Stenhouse Jr., before splitting in 2017. 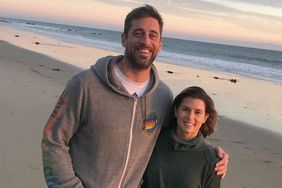 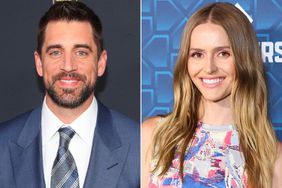 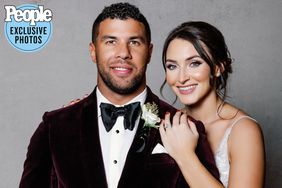 NASCAR's Bubba Wallace Jokes Wife Amanda Thought He Was 'Nice, But Not Attractive' in High School 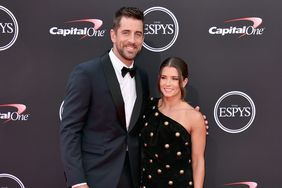 Aaron Rodgers Says Relationship with Danica Patrick Was 'Great for Me': 'We Both Were Finding Our Way' 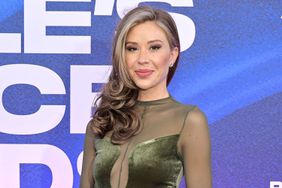 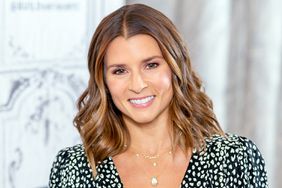 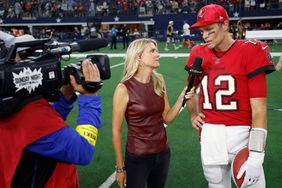 Melissa Stark Back on NBC Sunday Night Football After Two Decades: 'Nothing Compares to the Adrenaline' 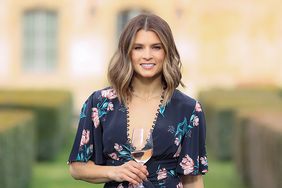