WWE Star Chyna's Mom Opens Up About the Wrestler and Her Death: 'She Was Fighting a Lot of Demons'

Three years to the month after her passing in April 2016, former wrestling superstar Joan “Chyna” Laurer will be inducted into the WWE Hall of Fame as a member of one of the most influential groups in the company’s history — and her mother says the moment is well deserved.

“I honestly didn’t think it was gonna happen this year. It was just so totally awesome because she is so deserving of this,” Janet LaQue, 72, of Hendersonville, North Carolina, tells PEOPLE of her daughter. “I feel sad that it happened after her death, and she won’t be there to accept it herself, but hopefully she’ll be smiling down on me when I do for her.”

Laurer rose to fame as a member of D-Generation X, the six-member faction that helped to cement the WWE as the premier professional wrestling brand in the 1990s and early 2000s during the Attitude Era. Made up of Chyna, Triple H, Shawn Michaels, Road Dogg, Billy Gunn and X-Pac, their unruly behavior was unlike anything else in the industry at the time.

Yet Laurer’s portrayal of Chyna — D-Generation X’s enforcer — was unique in wrestling in itself, and she became the first female wrestler to win the Intercontinental Championship, and the first woman to enter the Royal Rumble.

“She went after it,” LaQue says. “She did what she needed to do to get there.”

“I’m very, very proud of her, as my daughter, for having the intestinal fortitude to do that,” she continues. “Joanie was one of a kind, that she broke the barrier in not only the wrestling field but for women across the board.”

Laurer left the WWE in 2001 and would later star in reality TV, with brief appearances in other wrestling organizations before moving on to a career in the adult entertainment industry. She was found dead of an overdose in her Redondo Beach, California, apartment in April 2016 at the age of 45.

“Joanie and I were estranged for many years, for many reasons, but we had reconnected when she was in wrestling in Japan, and we were in contact with each other quite regularly for three years before she passed, and we had reconciled,” LaQue recalls. “We had a good relationship going. I can honestly tell you, I was shocked to hear that she had passed, but I wasn’t completely totally surprised by it. She was fighting a lot of demons.”

In the years since Laurer’s passing, LaQue says she finally came to understand the impact her daughter had on the wrestling industry and beyond.

“I didn’t understand how huge her fan base was, but I have been in contact with so many of her fans,” she says. “It’s just kind of mind-blowing to me. I mean, this is my little baby girl that was 6 lbs., 10 oz., and then all of a sudden she grew up to be the star that she is.”

At home, her daughter had a “sweet” and humorous personality, far from the menacing character she portrayed in the wrestling ring, LaQue says.

RELATED VIDEO: Fans and Stars Remember Former Wrestler Chyna Who Passed Away at 45

LaQue will be on hand for the Hall of Fame ceremony at Barclays Center in Brooklyn, New York, on April 6 — the day before WrestleMania 35. While paying tribute to D-Generation X at the event, LaQue hopes fans and the wrestling community will recognize the lasting impact Laurer has left on WWE.

“I hope people remember the road she took, where no female had ever been before, and the guts that it took to do that, it’s phenomenal,” she tells PEOPLE through tears. “I love her. I will always love her, and I hope to God that the day that she’s inducted and I can accept for her… that she will look down on me and say, ‘Mom, I’m happy for you to accept this for me.’ That’s what I hope.” 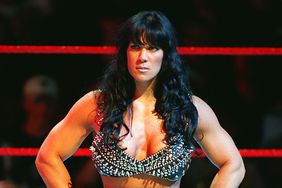 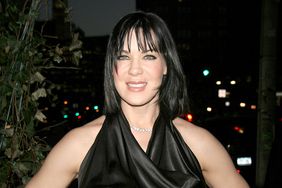 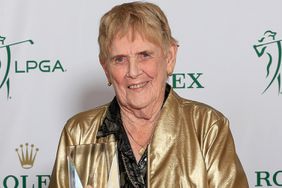 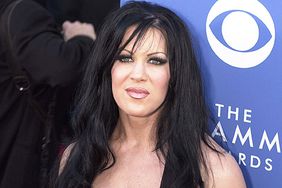