After setting off a firestorm with her criticism of size-16 model Ashley Graham last Thursday, former SI model Cheryl Tiegs tweeted out an apology.

“My sincere apologies to everyone I have hurt. I truly just want everyone to be healthy & happy,” she tweeted Friday.

Tiegs also retweeted another user, who was responding to someone asking “Why is old @CherylTiegs fat-shaming that pretty lady Ashley Graham?” with, “Guess that’s between them. Ashley is not fat and Cheryl looks great.”

Tiegs had said Wednesday night that she thinks the rise of “full-figured women,” like Graham on the cover of SI‘s Swimsuit Issue, is problematic for the message it sends.

“I don’t like it that we’re talking about full-figured women because we’re glamorizing them, and your waist should be smaller than 35 [inches],” Tiegs said. “That’s what Dr. Oz said and I’m sticking to it.” When PEOPLE reached out, representatives for Dr. Oz had no comment.

The two-time SI cover model attempted to explain her comments on Thursday, only to encounter more criticism. Tiegs has since deleted the tweet.

“To clarify re bodyweight. Being anorexic/bulimic/overweight all connected to health problems,” Tiegs had tweeted. “I want all to be as healthy as they can.”

Meanwhile, others have come out in support of Graham, who told PEOPLE she has “no comment” on Tiegs’ statements. Fellow model and SI Swimsuit Issue cover star Kate Upton Instagrammed a photo of Graham, and called out Tiegs in the caption.

And SI posted a video of their new cover star Friday, with the caption, ” ‘The smaller the bikini, the better.’ We couldn’t agree more, @theashleygraham!”

And Graham certainly isn’t letting Tiegs’ comments bring her down. She stunned in a sexy red cutout dress as a commentator for E! on the Oscars red carpet, before hitting the annual Vanity Fair Oscars party Sunday night. 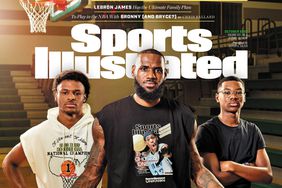