It's not what you'd expect – but it certainly looks like fun

Update: In June 2015, Caitlyn Jenner came out as a transgender woman. This content was written in November 2014 before Jenner publicly announced her full transition.

Bruce Jenner mostly makes headlines these days because of his ever-changing appearance – so his next, extremely macho venture is somewhat surprising.

Starting tomorrow, the former Olympian will participate in the 2014 Baja 1000, which is a grueling, five-day race through the Mexican dessert that involves off-road buggies, cars and trucks.

Both amateurs and professional drivers participate in the race in various classes, and Jenner, 65, will join his son Burt, 35, and racing member Craig Potts as part of Potts Racing team, splitting the driving of a customized trophy truck between the three of them.

“It’s pretty crazy,” a race insider tells PEOPLE. “And it’s hard. You need to be able to handle a car pretty well, so he must have some experience.”

Which he apparently does: Jenner’s daughter Cassandra Marino recently told PEOPLE, “He just wants to be with [my brothers]. He spends time racing with them – he spends a lot of time in the race car world.”

The challenge can actually be seriously dangerous – every year there are accidents, and sometimes, fatalities.

“It’s a popular adventure activity for rich guys and celebrities, because it’s actually possible for amateurs to partake in, unlike, say, NASCAR or Formula 1,” the insider says.

It’s also a great way for Jenner to bond with his Burt, whom he had in 1979 with his first wife, Christie Crownover.

“He’s really embraced his old family and friends that he hasn’t seen for years, which has been great,” Marino told PEOPLE of Bruce’s new life post-Kris Jenner. At a different event, his other son, Brandon Jenner, confirmed this.

‘We’ve been hanging out a lot more over the last few years,” he told PEOPLE. “He enjoys being with his kids. It’s the most important thing to him,” he said. 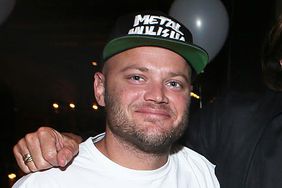