Hurdler-Turned-Bobsledder Lolo Jones on Her Possible Fourth Olympics: 'I'm Still in the Battle'

After a millisecond mistake cost her a gold medal in 2008, the three-time Olympian hopes for "redemption" at the 2022 Winter Games

Lolo Jones was seconds away from winning the gold medal in the 100m hurdle finals at the Beijing 2008 Summer Olympics when she clipped the second to the last hurdle and ended up finishing a disappointing seventh before dropping to the track in disbelief.

"I didn't have enough energy to get up and walk off because I was gutted," recalls Jones in an interview in this week's issue of PEOPLE.

But the three-time Olympian — who quickly became infamous for that millisecond mistake on her penultimate hurdle — got back up, dusted herself off and found a way to carry on, just like she's done her entire life.

"I went back to my room in the Olympic Village, cried, read my Bible and just thanked God for the opportunity to run," says the 38-year-old athlete, who competed in the 2012 Summer Olympics in London and in the 2014 Winter Olympics in Sochi as a bobsledder.

Now Jones — who won the two-women bobsled world championship in February with Kaillie Humphries — is focused on earning a spot on the U.S. bobsledding team for the 2022 Winter Olympics in Beijing.

"I'm still in the battle," says Jones, who writes about her losses and triumphs in her new memoir Over It.

Returning to Beijing and earning a medal, she admits, would be the ultimate accomplishment.

"I'm a three-time losing Olympian," says Jones, who grew up in poverty in Des Moines, Iowa, struggling as her father spent much of her childhood in and out of prison.

"Winning a medal is still extremely important. Returning to Beijing and winning a medal would be redemption. But another way I can have redemption, even if I don't make the team, is knowing that I pushed my body and my mind to its fullest — that I gave it my all."

Jones, who lives in Baton Rouge with her dog Loki, leans on her Christian faith for strength to get her the setbacks that come with her career.

For more on Jones, pick up this week's issue of PEOPLE.

"It gives me a tremendous amount of peace and it's what anchors me during tough times," says Jones, who prays before each competition.

Jones' faith has also convinced her that it's important for her to remain a virgin until she gets married, a revelation she made on Twitter in 2012.

"Yeah," she says, laughing when asked about it. "That definitely has hurt my dating life, for sure. It's considered old-fashioned, but it's something I want to do to honor my future spouse."

Listen to more of PEOPLE's interview with Lolo Jones below on our daily podcast PEOPLE Every Day. 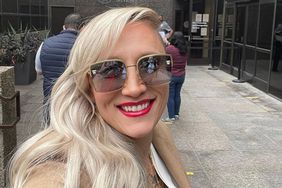 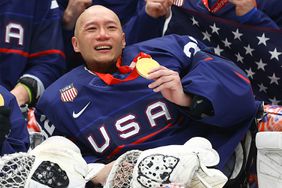 Paralympian Jen Lee Says 3 Gold Medals Were Stolen from His Car — and He Caught the Alleged Thief on Video!