Antonio Brown has been cut by the New England Patriots.

On Friday, the wide receiver confirmed he has been released in a statement on social media. “Thanks for the opportunity appreciate @Patriots,” he tweeted.

“The New England Patriots are releasing Antonio Brown. We appreciate the hard work of many people over the past 11 days, but we feel that it is best to move in a different direction at this time,” the Patriots said in a statement, according to NFL.com.

News of Brown’s release from the team comes after a second accuser of sexual misconduct claims Brown sent her a series of “intimidating” texts after she came forward with her allegation.

One week after a federal lawsuit claimed Brown, 31, had sexually assaulted his former trainer, new allegations of sexual misconduct were made public by an anonymous female artist.

The woman told Sports Illustrated she received a group text message, which came from a phone number Brown had given her in 2017 over Instagram — which SI confirmed to be the same number — claiming she was only accusing him for money.

The group message reportedly had four other numbers included, and a photo of the female artist and her kids was sent asking someone named “Eric B” to “look up her background history” to “see how broke this girl is.”

The photo screenshotted from Instagram, according to SI, showed her young children with the remark, “she’s awful broke clearly.”

While the texter alleged that the female artist “must be [on] really, really hard times to make up some stuff for money,” the woman’s lawyer, Lisa J. Banks, said her client “has never approached Mr. Brown, nor will she, about seeking money to compensate her for his sexual misconduct, contrary to his allegations in the text messages,” according to SI.

Banks added, “Our client … is understandably frightened by these text messages, which are clearly intended to threaten and intimidate her” and are “in violation of the NFL Personal Conduct Policy.”

Brown’s lawyer, Darren Heitner, was reportedly included in the group message, however, he did not respond. Heitner did not immediately respond to PEOPLE’s request for comment. In response to the federal lawsuit, Heitner denied “each and every allegation” on behalf of his client.

One of the other numbers is registered to a Brian Davis, the same name as one of Brown’s close friends, according to SI.

“This sort of intimidation and harassment is the reason victims are often so reluctant to step forward in these cases,” attorney Banks told the outlet.

According to Sports Illustrated, Brown purchased a portrait of himself from the female artist at a charity auction in 2017. The athlete then reportedly commissioned her to create another painting of him in a mural at his home.

The alleged incident took place on the female artist’s second day working at Brown’s home. “I was about 40 percent done on the second day, and I’m on my knees painting the bottom, and he walks up to me butt-ass naked, with a hand cloth covering his [penis] and starts having a conversation with me,” she told the outlet. “Unfortunately, I’ve been tried [by men] a lot of times, so I just kept my cool and kept painting … After that, it all ended abruptly.”

The artist claims Brown paid her $2,000 for her days of work on the mural, but did not pay for the original painting he bought from the charity auction, nor another painting that the artist had brought to his house.

What to Know About Antonio Brown Following Rape Allegation, His Trade to the Patriots

On Friday, Patriots coach Bill Belichick stormed out of a press conference after reporters asked him about the allegations against Brown.

“I think I’ve already addressed this so we’re going to get ready for the Jets here. [I’m] happy to answer any football questions, but I’m done with the rest of it,” he said.

On Thursday, Brown spoke with the media for the first time since signing with the Patriots on Sept. 9.

“I’m super grateful to be here,” Brown said, according to the Boston Globe. “I’m thankful to Bill Belichick and Tom Brady. I’ve got a lot of the offense to learn and catch up [on], but I’m excited and grateful to be here and be a part of these guys.”

Brown, who has played one game with the Patriots so far, added, “It’s been a tremendous honor [working with Brady]. He’s been here a long time, a lot of details, a lot of work ethic. Great guy to be around just to inspire everyone here.”

On Thursday, more than one week after Brown’s first accusation was made public, Nike shared that the athlete no longer has an endorsement deal with the company.

“Antonio Brown is not a Nike athlete,” a Nike spokesperson said, CNN reported. 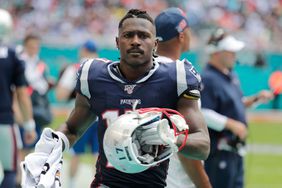 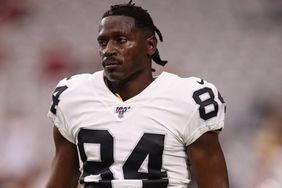 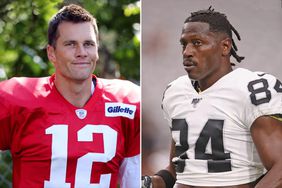 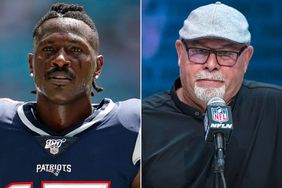 Antonio Brown Now Says He Won't Retire, Days After Claiming He Was Done with the NFL 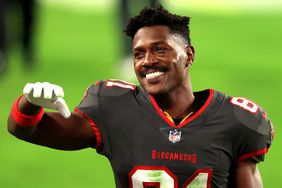 Arrest Warrant Issued for Antonio Brown, as Ex-Girlfriend Pleads on Instagram for Him to Seek Help

What to Know About Antonio Brown Following Rape Allegation, His Trade to the Patriots