In the newly filed suit, Aly Raisman reportedly said she suffers from depression, anxiety, and fear after years of abuse

Aly Raisman has filed a new lawsuit against the U.S. Olympic Committee and USA Gymnastics for their role in allowing former Team USA gymnastics doctor Larry Nassar to keep his job for so many years while sexually abusing women and girls in his care.

According to documents obtained by NBC News, the three time Olympic gold medalist claims that the USOC was “aware, at the highest levels of its organization” that Nassar had molested team athletes but did nothing to prevent the abuse.

Raisman also demands better safeguards for athletes in the newly filed suit, NBC News reports, adding that she suffers from depression, anxiety, and fear after years of abuse.

“I refuse to wait any longer for these organizations to do the right thing,” Raisman said in a statement to NBC News. “It is my hope that the legal process will hold them accountable and enable the change that is so desperately needed.”

REALTED: Aly Raisman Speaks Out on Surviving Sexual Abuse: ‘I Won’t Be Silenced’

Nassar, 54, has been called “the most prolific child molester in history.”

More than 250 women and girls have accused him of assault, including Raisman and fellow gymnasts Simone Biles, McKayla Maroney and Gabby Douglas. Nassar pleaded guilty in November to several counts of first-degree criminal sexual conduct. In January, Judge Rosemarie Aquilina of Michigan’s Ingham County Circuit Court sentenced Nassar to 40 to 175 years in prison.

In the wake of his sentencing, Raisman told PEOPLE she does not “feel like justice has been served” — calling on the organizations to determine what exactly allowed Nassar to continue abusing the girls with no consequences for years.

“They have to get to the bottom of what happened,” she said in January. “And until we do that, and until there is an independent investigation, we can’t be sure this won’t happen again. So until I’m sure that these organizations are taking it seriously then there won’t be justice.”

“The most critical thing is to get to the bottom of what happened. We need an independent investigation. We need to figure out how this disaster happened. It runs very deep. I don’t understand how it happened and I want the answers,” Raisman continued. “The culture of gymnastics also really has to change and even the USOC, they have to stop putting reputation, medals, and money over the safety of athletes.”

Raisman, who hasn’t ruled out competing in the 2020 Olympics, added: “The lack of accountability from all the organizations is just disgusting. It’s not right and if one person was abused, that’s too many and there’s been so many coming forward and we don’t even know how many are suffering in silence. So the organizations need to show that they care and they have not done so so far.”

The USOC says they’ve complied with Raisman’s request for an independent investigation. The committee has also asked all remaining members of the USA Gymnastics board of directors to resign.

On Wednesday, committee officials revealed that CEO Scott Blackmun would leave his position as he seeks treatment for health issues resulting from prostate cancer.

“Given Scott’s current health situation, we have mutually agreed it is in the best interest of both Scott and the USOC that we identify new leadership so that we can immediately address the urgent initiatives ahead of us,” said USOC Chairman Larry Probst said in a statement. “The USOC is at a critical point in its history. The important work that Scott started needs to continue and will require especially vigorous attention in light of Larry Nassar’s decades-long abuse of athletes affiliated with USA Gymnastics.”

In a statement in January, USOC officials issued an apology to Nassar’s victims:

USA Gymnastics officials also said in a statement that they have “and will continue to take specific and concrete steps to promote athlete safety, health and well-being and prevent future abuse by adopting and vigorously enforcing the USA Gymnastics Safe Sport Policy.” 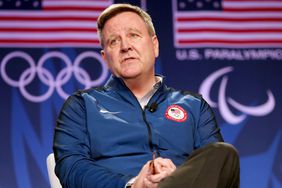 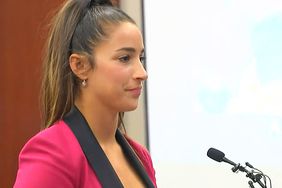 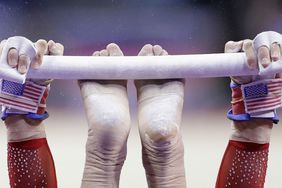 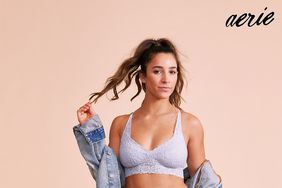 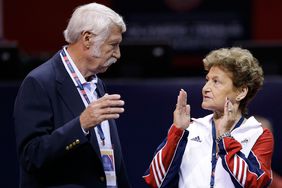