The 23-year-old athlete spoke out about the alleged abuse she received at Nassar’s hand in an interview with 60 Minutes, set to air Sunday night.

“I am angry. I’m really upset because it’s been… I care a lot, you know?” Raisman told the CBS News program. “I see these young girls that come up to me, and they ask for pictures or autographs, whatever it is, I just… I can’t. Every time I look at them, every time I see them smiling, I just think — I just want to create change so that they never, ever have to go through this.”

More than 130 women, many of them former athletes, have accused Nassar of sexual assault, 60 Minutes reports — many filing civil lawsuits alleging that Nassar sexually abused them under the guise of treating them for hip, back and other athletic injuries. He was fired by USA Gymnastics in 2015 after working with the organization since 1986 — he had been its national medical coordinator since 1996, the New York Times reported. He was fired from Michigan State last year.

Raisman writes about the alleged abuse in her new book, Fierce, explaining that she was 15 years old when she was first treated by Nassar, 60 Minutes reports.

She went on to be the captain of the 2012 and 2016 Olympic teams. After the Rio Olympics, where she won a second team gold as well as silver medals in the all-around and floor exercise, Raisman told 60 Minutes she finally decided to speak to FBI investigators about Dr. Nassar.

“I was molested by Dr. Larry Nassar, the team doctor for the US Women’s National Gymnastics Team, and Olympic team,” Maroney wrote in the Twitter post under the #MeToo hashtag, which has remained a trending topic on social media after a number of women accused Hollywood mogul Harvey Weinstein of sexual assault in October. “It seemed whenever and wherever this man could find the chance, I was ‘treated.’ ”

According to Maroney, Nassar’s behavior worsened during the 2011 World Championships, when she was given a sleeping pill by the doctor during a flight only to wake up in his hotel room later.

“I had a dream to go to the Olympics, and the things that I had to endure to get there, were unnecessary, and disgusting,” Maroney wrote. “Sure, from the outside looking in, it’s an amazing story. I did it. I got there, but not without a price.”

Asked why it took so long for many of Nassar’s victims to come forward, Raisman shot back at 60 Minutes. “Why are we looking at why didn’t the girls speak up?” she said. “Why not look at what about the culture? What did USA Gymnastics do, and Larry Nassar do, to manipulate these girls so much that they are so afraid to speak up?”

Team USA Gymnastics released a lengthy statement about allegations in February, stating in part that “Regarding Dr. Larry Nassar, USA Gymnastics is appalled that anyone would exploit a young athlete or child in the manner alleged. We are grateful to the athletes that brought their concerns about Dr. Nassar to USA Gymnastics.”

They told 60 Minutes USA Gymnastics has since adopted a “safe sport policy” that requires mandatory reporting of suspicions of sexual abuse. “USA Gymnastics is very sorry that any athlete has been harmed,” the statement says, according to CBS, “We want to work with Aly and all interested athletes to keep athletes safe.” 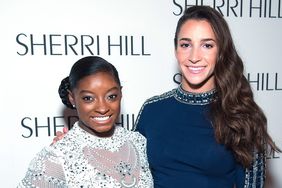 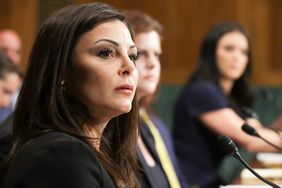