Serena Williams’ time at the French Open was cut short on Sunday after losing 6-3, 7-5 in straight sets against Elena Rybakina

The Reddit co-founder, 38, shared a photo on Tuesday from when he was in the stands at the 2021 French Open cheering on his superstar wife, 39, of nearly four years.

Ohanian had a huge smile on his face as he pumped his fist into the air.

"Always cheering too loud. Always," he captioned the sweet picture. The father of one added, "Don't worry, Mama will roar back."

"The support system in this family is admirable 🙌 Momma will definitely roar back. Wimbledon awaits," one fan commented. Another called Ohanian "A proud husband 🙌🏽."

"I love how fiercely you support your wife. It's beautiful and amazing," a fan gushed.

The Reddit co-founder, who shares daughter Alexis Olympia, 3, with Williams, has been supportive throughout the French Open.

During Williams' match on May 31, he wore a black Nike t-shirt that read "Je ne m'arrêterai jamais" which translates from French to English as "I will never stop fighting."

The 23-time Grand Slam title holder wore sneakers with the same phrase written on the side.

"I usually never quit. It's a Serena-ism," she explained in an interview shared by Roland-Garros on Twitter.

Unfortunately, the tennis player's run at Roland-Garros came to an end in the fourth round on Sunday against 21-year-old Rybakina.

Williams' exit marks her 14th loss at the French Open, bringing her win-loss record to 69-14. Williams, who has won the French Open three times, hasn't passed the fourth round at Roland-Garros since 2016 when she was runner-up.

The tennis champ has another chance to score her 24th Grand Slam title at Wimbledon, which starts on June 28.

"I'm kind of excited to switch surfaces," Williams said of Wimbledon's grass court after exiting Roland-Garros' clay court, according to ESPN. "Historically, I have done pretty well on grass." Her 24th singles title would tie her with Margaret Court's record-setting 1973 achievement.

In the pockets of time when she isn't training, Williams has been teaching her daughter Olympia the sport. "Honestly, we started because it's a socially safe sport, and when COVID happened, it was like, we're just in the house with a 3-year-old, what do we do?" she told PEOPLE in April. "There was only one answer, to my dismay."

Tune in to Tennis Channel for continued coverage of the French Open, through June 13th. 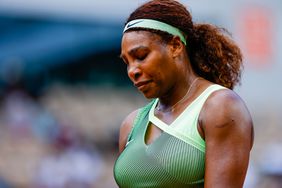 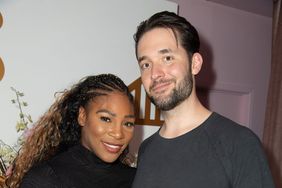