Alex Smith Calls It 'Tragic' that Colin Kaepernick Isn't Playing in NFL: 'He Was Ahead of His Time'

"The country wasn't ready for it and he suffered the repercussions with his job," said the Washington Football Team quarterback

Alex Smith is reflecting on how his former teammate Colin Kaepernick's life changed forever after he started kneeling during the national anthem at NFL games to protest police brutality and systematic racism.

During the latest episode of The Ringer's 10 Questions with Kyle Brandt podcast, the Washington Football Team quarterback, 36, was asked about his time playing with Kaepernick, 33, for the San Francisco 49ers.

"He had such a unique set of tools," Smith said of his former backup quarterback Kaepernick, who has remained a free agent for years.

"The run that he went on the last year we were together when we went to the Super Bowl ... was so crazy to watch. Truly one of the historic runs in football to see what he was doing. He still holds records from that time period," he continued. "It's crazy that fast forward to only a couple of years after that he's out of the league. You couldn't even grasp it. You couldn't understand it. It still doesn't make sense."

Smith went on lament the fact that no NFL team has signed Kaepernick since he left the 49ers in 2017 following a backlash to his activism.

"I think it's so tragic looking at it. I think he was ahead of his time, certainly, trying to call out social injustice, especially around police reform. The country wasn't ready," he said. "Nobody was ready for it, and he's sitting there trying to tell everybody through a completely peaceful manner about some of the things going on in this country that had been going on for a long time."

"The country wasn't ready for it and he suffered the repercussions with his job and then how brave he was. He lost his livelihood. Probably one of the guys I felt had the brightest future ahead of him," he added.

Although Smith said the pair don't talk very often, the quarterback shared that he hoped that as the country moves forward, Kaepernick will be able to continue making a positive impact.

"I'm certainly proud of him, to even know him and what he's done," he said. "To see what's happened this last year, and hopefully will continue to happen going forward, you hope that he'll be a part of the answer and the solution.

RELATED VIDEO: Tommie Smith on Why the 'Sacrifice' Colin Kaepernick Made by Taking a Knee Was So Important

In June, NFL commissioner Roger Goodell admitted the NFL was "wrong" for not listening to players who protested through kneeling, and also said he now welcomes Kaepernick's voice in the league as a social activist.

"Well, listen, if he wants to resume his career in the NFL, then obviously it's going to take a team to make that decision," Goodell explained to ESPN. "But I welcome that, support a club making that decision and encourage them to do that."

Although the former quarterback remains unsigned and has continued to be critical of the league, he was recently added to the list of playable athletes in the video game Madden 21 for the first time since 2016.

Kaepernick and Emmy-winning filmmaker Ava DuVernay have also created an upcoming series based on his life for Netflix called Colin in Black & White. 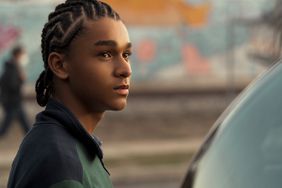