Baseball star Alex Rodriguez had jewelry and electronics stolen from his rental car in San Francisco on Sunday night.

Officer Adam Lobsinger with the San Francisco Police Department did not identify Rodriguez, 44, as the victim, but tells PEOPLE an auto burglary occurred on the 400 block of Brannan Street sometime between 9 p.m. and 11:10 p.m. last night.

Among the items stolen were bags, a camera, camera equipment, a laptop computer, jewelry and “miscellaneous electrical equipment,” Lobsinger says.

At this time, the SFPD Burglary Unit is handling the investigation.

While both outlets reported the amount of goods stolen to be worth roughly $500,000, a rep for Rodriguez tells PEOPLE, “The finacial value of the items stolen from Alex Rodriquez’s vehicle while he was having dinner is being grossly exaggerated.“

In addition to the rep’s statement, Rodriguez tells PEOPLE, “I am saddened that several items that were of a personal nature and irreplaceable with sentimental value were taken. I am encouraged that local law enforcement has security footage of the crime and are doing all they can to get the items back.”

This isn’t the first time the former Yankees player has been violated in recent months.

In May, a photo surfaced of Rodriguez sitting on the toilet in his New York City apartment bathroom.

A month after the incident, Rodriguez spoke out to Fox5’s Good Day New York, explaining he had no plans to take legal action over the invasive matter.

“I’m certainly not suing,” Rodriguez told the hosts during Monday’s segment. “The one thing is, I actually do my best thinking there! I wasn’t ready for the picture. It is what it is.”

“I have to invest in some good blinds, and I think I am!” the former baseball player jokingly added.

When asked if he had determined who snapped the picture, Rodriguez admitted to the Fox5 hosts that his team didn’t know yet but confirmed that an investigation was still underway in an effort to prevent this from happening to someone else.

“We are still doing an investigation because you don’t want the next person for that to happen,” he shared. “It’s really a weird thing.”

While he made a joke about the situation, it is very serious and the sportsman said he was thankful he was the target and not his family.

“I’m happier that it was me [rather than] my better half [Jennifer Lopez] or one of the children.”

Nonetheless, Rodriguez has not allowed the horrifying incidents to stop him from living his life.

On the same night as the burglary, Rodriguez shared a sultry bikini photo of Lopez on Instagram ahead of her Sunday night show in St. Petersburg, celebrating his fiancée for all of her accomplishments.

“Baby, I know you’ve been killing it in Russia and you’ve got one more show to go,” Rodriguez captioned the post. “Miss you and I can’t wait to see you back at home! #SeeYouSoon #Macha13.”

The second hashtag appears to be a nickname for Lopez, as he calls her macha and she calls him macho, while the 13 likely refers to his jersey number during his days as a Yankee.

Rodriguez later shared the photo to his Instagram Story, adding the words, “Miss you @jlo.”

The couple began dating in February 2017 and became engaged in the Bahamas in March. 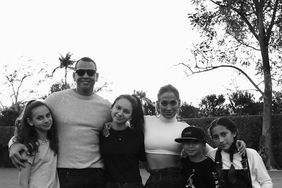 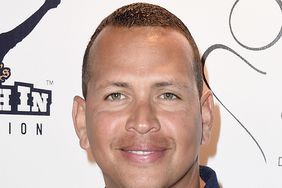 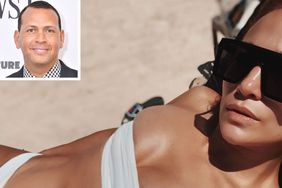 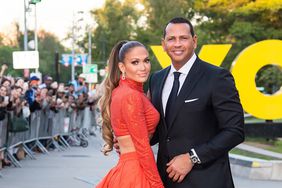 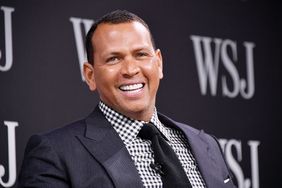 Alex Rodriguez Says Baseball Was His 'First Love': 'I Miss the Competition' 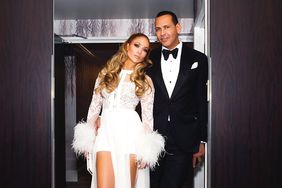 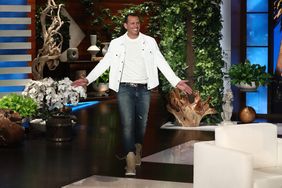 A-Rod Didn't Recognize Jennifer Lopez When They First Reconnected: 'I Was So Embarrassed' 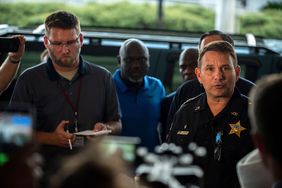