Morgan is one of three women getting their own SI Swim cover, joined by model-turned-mogul Tyra Banks and SI Swimsuit Rookie Camille Kostek

Sports Illustrated Swimsuit is continuing its tradition of supporting motivational and aspirational women. And this year, the hotly anticipated magazine is profiling three diverse stars on three different covers.

For her shoot, Morgan was photographed in St. Lucia by Ben Watts wearing a blue bikini by swimwear brand Fae. (Shop her exact “Gypsy” top and “Bella” bottoms here!)

Marking Morgan’s third appearance in the issue, she collaborated with SI Swimsuit by helping select three additional U.S. National Women’s Soccer team members to participate in the shoot: Megan Rapinoe, Crystal Dunn and Abby Dahlkemper. While shoot, the group was hosted at the Marigot Bay Resort and Marina in Saint Lucia.

In March, Morgan and all her teammates on the U.S. women’s national soccer team — which holds a record-breaking three World Cup championships and four Olympic gold medals — filed a gender discrimination lawsuit against the United States Soccer Federation.

Not only are the women fighting for fair paychecks, they’re also highlighting the discrepancies between where they play, how they travel to matches, and the medical treatment they receive, in what the team called “institutionalized gender discrimination,” according to The New York Times.

“This isn’t just about us; It’s about women in all industries,” Morgan said in a recent interview with ProSoccerUSA.com. “Women fight for equality every single day. Our hope is that we not only set up ourselves, we set up the next generation as well.”

The 2019 issue of SI Swimsuit features a diverse group of 34 women and continues to put focus on female empowerment and inclusivity. This year’s theme, “Shattering Perceptions,” sets an intention to “redefine the cultural conversation around beauty by celebrating a diverse group of women.”

It’s been a year full of big achievements for the soccer star, who was also named one of Time magazine’s 100 most influential people of 2019, calling the honor a “dream” on Instagram.

For the Time 100, Olympic gold medalist and a FIFA Women’s World Cup champion Mia Hamm wrote the following tribute to Morgan: “When we watch Alex Morgan play the game she loves, it’s easy to see why she’s performing at such an extraordinary level. She’s fast, strong and fearless. Alex continues to add so much confidence and variety to her game. It should also excite us to know that she’s playing the best soccer of her career, and that this summer she’ll do whatever it takes to help her team defend the World Cup they reclaimed four years ago.” 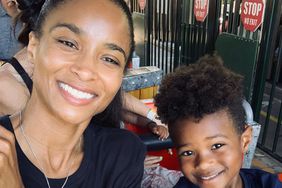