"If I were blessed enough to win the show, 100 percent of my earnings would go to Christina's foundation," Matt Mauser tells PEOPLE of the possibility of winning the $1 million prize

Matt Mauser delivered a memorable performance as he fought back tears on America's Got Talent.

Over a year after the death of his wife Christina Mauser, 38, on Jan. 26, 2020, the singer sang an emotional rendition of Phil Collins' "Against All Odds (Take a Look at Me Now)" on season 16 of the NBC reality competition series, which aired Tuesday. The tragic incident killed Christina, NBA legend Kobe Bryant, 41, his 13-year-old daughter Gianna Bryant, John Altobelli, 56, Keri Altobelli, 46, Alyssa Altobelli, 14, Sarah Chester, 45, Payton Chester, 13, and pilot Ara Zobayan. The group was on their way to a youth basketball game at Kobe's Mamba Academy in Thousand Oaks, California, when the helicopter crashed into a mountain.

Recalling his audition experience on AGT, the father of three, 51, tells PEOPLE about his decision to try out and what he hopes to do with the $1 million prize money if he were to win.

"The audition process was extremely challenging because I had to not only master the phrasing of the song but I also had to conquer my emotions while singing it. On top of that, having to do it in front of millions of people made it nerve-racking as well. Christina was on my mind and I definitely felt her presence during the whole process," Mauser shares.

Explaining that his kids, Penny, Thomas and Ivy, were his reasons to go on AGT, Mauser says, "They are my whole world and I wanted to show them that you have to keep moving forward despite tragedies in life. I want them to look back in 20 years and think 'Dad didn't give up, Dad fought.' "

Before his audition, Mauser also told judges Simon Cowell, Sofia Vergara, Heidi Klum and Howie Mandel why he chose to be on AGT.

"I'm here because my wife and I, we were both school teachers and we retired from teaching so that I could do the music full-time, and she got the opportunity to coach girls basketball with Kobe Bryant. But on Jan. 26, 2020, I lost my wife in the same helicopter crash that killed Kobe Bryant," Mauser said as the judges were shocked to learn his backstory. "You know if I had it my way, I would have my wife and I'd be supporting her but that's not what happened. You know it's been a rough year but here I am."

And during his conversation with host Terry Crews before the audition, Mauser spoke about his "dreamy life" with his late wife, whom he started dating after she saw him performing at a dive bar in 2004. "She was just this very humble, powerful, beautiful human being," said Mauser, who is the frontman of Tijuana Dogs and Sinatra Big Band.

Recalling the final moment he had with his wife of 15 years, Mauser shared her final words to him before the crash. "When she left that day, she kissed me and she said, 'I love you.' And that was the last thing my wife ever said to me. Your whole life changes in a second," he tearfully said. "My focus immediately went to my children. You start to say, 'All right she would want me to carry on.' She would want our kids to have happy lives, which I don't know if it's possible but I'm going to try."

After his performance, the judges commended Mauser on his strength.

"We felt your emotion and regardless of what anybody does on that stage, if you're able to move strangers and we can feel it in our hearts ... there aren't words to describe it," Mandel told the contestant.

"There was just a different kind of vibe in your voice. When you were singing it, it definitely went inside of me. It was beautiful, it was sad. As a man, as a strong man, standing there, I don't know, it was very special," Klum shared.

"It was very emotional, very touching. Thank you, thank you for being here," Vergara said. Then, Cowell asked Mauser what he would like to see happen if he did well on AGT.

"Your wife is always here, that is her legacy," Mandel said as he pointed to Mauser's three children who were on stage right. "You are her legacy. This moment is her legacy."

In the end, Mauser earned four yes votes from the judges to move on to the next round.

"I am glad I did it," Mauser tells PEOPLE of auditioning for AGT. "I am looking forward to bringing attention to my wife's charity, the Christina Mauser Foundation, that supports high school senior female athletes with athletic scholarships. If I were blessed enough to win the show, 100 percent of my earnings would go to Christina's foundation. Christina loved nothing more than to empower young females in life so this is a great way to keep her legacy alive."

In partnership with Rose Bowl Institute, the foundation created the Christina Mauser Scholarship Award, which was awarded at the concert to a woman, or women, who exemplify the sportsmanship and leadership qualities that Christina did. (The honor will not be awarded until fall 2021 during the RBI's women's empowerment symposium.)

Last month, Vanessa Bryant and family members of those who died in the January 2020 crash reached a settlement agreement in the wrongful death lawsuit against the company that owned the helicopter involved. The terms of the agreement have been kept confidential, according to court documents filed in Los Angeles and obtained by PEOPLE.

Vanessa and her daughters, who were also named as plaintiffs, along with the families of the other victims sought general, economic and punitive damages. 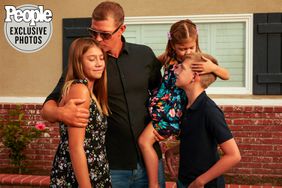 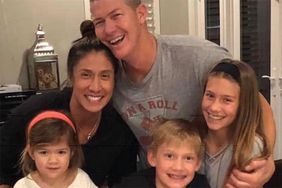 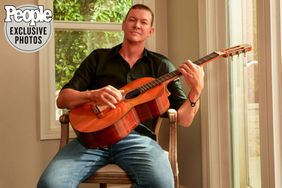 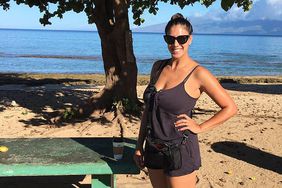 Husband of Helicopter Crash Victim Christina Mauser Speaks Out: I Have '3 Kids and No Mom' 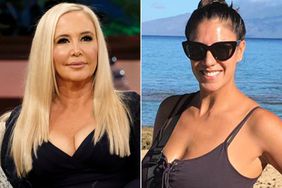 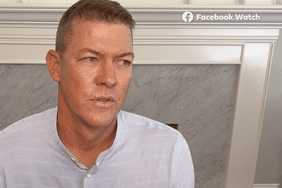