In an exclusive statement to PEOPLE, Rippon says Bell "would never intentionally hurt anyone, it is not in her character"

Olympic figure skater Adam Rippon is standing by skater Mariah Bell after she was accused of deliberately injuring a South Korean competitor during warm-ups for the World Figure Skating Championships in Saitama, Japan.

In an exclusive statement to PEOPLE, Rippon explained that although he was not in Japan and did not see the incident take place, he has no doubts that it was all an accident. (Officials also believe the incident to be an accident.)

“On-ice collisions are not uncommon in figure skating,” Rippon tells PEOPLE. “During the final warm-ups, each skater is allowed one run with their music before the actual competition. As skaters, we are trained to complete that run regardless of what happens so that you can rehearse your full routine.”

He adds, “It is also an unwritten rule of skating, that whoever’s music is playing during the warm-ups, that skater has the right of way on the ice.”

Alysa Liu, 13, Unable to Compete at World Championships Until 2022 — But Likes ‘Extra Practice’

According to an official from Lim Eun-soo’s agency, Bell, 22, was training prior to the women’s short program on Wednesday when she allegedly came up from behind Eun-soo, 16, kicking her with her skate blade and causing a cut on her leg, Yohnap News Agency reported. They also claimed Belle had been “bullying Lim for months.”

Rippon, however, is confident Bell did not bully Eun-soo.

“I have worked with Mariah this past year on her choreography and have trained with her for several years. Both Mariah and Lin Eun-Soo’s coach, Rafeal, was also my coach,” he says. “I can say that bullying was never tolerated in any of our training sessions, nor would Rafael allow it to happen during his watch. Knowing Mariah as a friend and competitor, I also believe she would never intentionally hurt anyone, it is not in her character.”

RELATED VIDEO: Adam Rippon Opens Up About Tonya Harding: ‘I Have Only Positive Things To Say About Our Interactions’

In a video obtained by PEOPLE, the incident appears to be accidental — showing Bell skating past while her right leg is extended when her blade strikes Eun-soo. In spite of the injury, the South Korean figure skater went on to compete Wednesday, placing fifth, ahead of Bell who placed sixth.

The ISU acknowledged the incident in a statement on Thursday but said that no formal complaint has been filed, and that there’s no reason to believe the incident was deliberate.

“Based on the evidence at hand in this point in time, which includes a video, there is no evidence that Ms. Bell intended any harm to Ms. Lim,” the statement read. “The ISU met with delegates from both USA and Korea and urged both parties to find an amicable solution. The ISU maintains that this remains the appropriate approach.”

The ISU did not comment further to PEOPLE. A spokesman for Bell directed PEOPLE to the ISU statement.

“They are both professional figure skaters competing on a world stage and do not need these distractions. From what I’ve seen they have not allowed this to interfere with their mission as they both skated their short programs beautifully and with focus and precision,” Rippon tells PEOPLE. “It’s time to move on and let them continue to concentrate on the competition.”

He previously defended Bell on Twitter, shortly after the accusations were made. 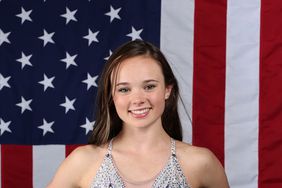 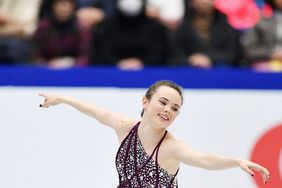 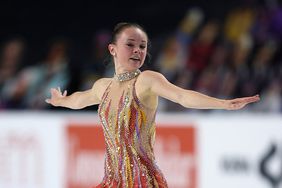 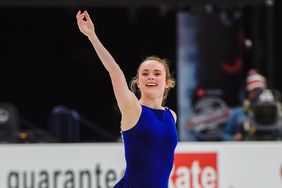