The Dutch Olympian — who won bronze at the 2018 Games in PyeongChang — had been hospitalized since late June after suddenly becoming ill during training camp, according to the New Zealand Herald. After being placed in a medically induced coma and undergoing surgery, van Ruijven died on Friday.

"It is an enormous blow for a close-knit group," he continued. "We’ve missed her over the last two weeks but today’s news is so definite and surreal."

According to Yahoo, van Ruijven won the speed skating 500-meter title at the world championships in Bulgaria last year.

"We feel the pain for her family and the short track team," he reportedly said. "On behalf of KNSB, I want to wish Lara's friends and family strength with dealing with this great loss."

"I got to know her as a successful and fully alive young top athlete and a welcome teammate," Hendriks said, according to 7NEWS.

"The sadness of her friends and everyone who knew her is great. We wish them much strength in coping with this incomprehensible loss," he continued. "Let’s hold tight and support each other during this difficult time."

"He didn't have an oxygen mask, we understand he was free diving and spearfishing out on the reef," Tritton said. "It appears he was diving alone. There were other divers out there, but he was not with a friend."

The two-time world champion snowboarder was an experienced diver who frequented Palm Beach prior to his death, according to the outlet. 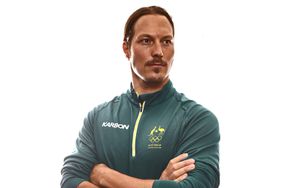