"Life has been hard," says Instagram star Morgan Bartley. "It was all things I couldn't control"

Morgan Bartley says she had always been the “chubby” girl.

“I was overweight as young as I can remember,” says the Instagram star, who is featured in the current issue of PEOPLE.

But Bartley says her weight-gain accelerated after ovarian torsion caused her to lose an ovary at the age of 12 and have surgery to untwist her remaining ovary at the age of 14. The Southern California native began experiencing menopausal symptoms and went from overweight to obese. Told she might never have kids, she developed depression and a binge-eating disorder, gaining 70 lbs. in a year.

“Life has been hard,” she says. “It was all things I couldn’t control.”

“I realized, ‘There’s so many things that I want to do in my life, and I’ll be damned if my weight is the thing that prevents me,'” she says.

“At times the support I’ve received has been the only thing that’s kept me going,” she says.

Bartley had tried many diets since age 10, but posting photos helped her keep the weight off, she says. “If everyone knew I was trying to lose weight, I’d feel accountable.”

She got a trainer, went on a high-protein, low-carb diet and lost 25 lbs. before getting a vertical-sleeve gastrectomy, which reduced the size of her stomach, in August 2015.

FROM PEN: Half Their Size: Christina Jordan on the Moment She Decided to Lose Weight

There’s been controversy along the way: In March Instagram apparently deleted one of her posts featuring before-and-after swimsuit shots (including the one above), possibly because other users found them inappropriate.

“It sucks some people express negativity,” she wrote. “I look pretty freakin’ bomb in a bathing suit, and that’s after a lifetime of letting insecurities hold me back from experiencing life.”

Bartley had excess skin removed in 2016 and wants to have a full body lift once she reaches her goal weight of about 145 lbs.

She’s now working at a fitness studio and getting certification as a personal trainer, and she has switched her college major from child development to business so she can capitalize on her online following and create a company that helps others lose weight.

“I want to help people change their lives,” says Bartley, who had her eggs frozen and hopes to one day start a family. “I feel that’s what I’m supposed to do with my life.” 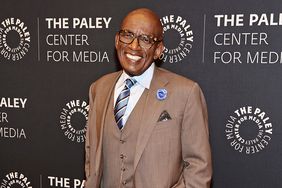 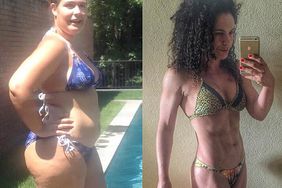 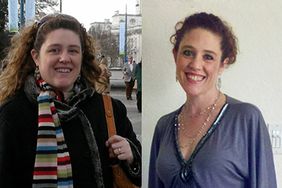 Half Their Size's Eve Guzman: How I Became 'a Girl Who Went for It' and Conquered Obesity 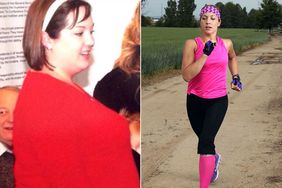 Woman Goes from Being Morbidly Obese to Dropping 130 Lbs. and Becoming a Personal Trainer 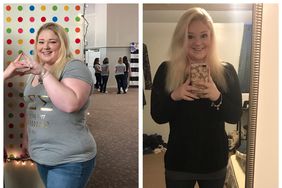 Teen Shares What It's Like to Lose 84 Lbs.: 'This Journey Is 80 Percent Mental' 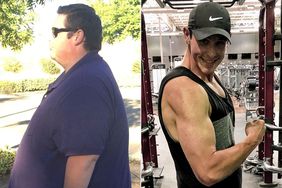