Zara Tindall showed off her Royal Ascot style from home!

While Queen Elizabeth’s favorite horse racing event has been canceled due to the coronavirus pandemic, her granddaughter still dressed for the occasion. The former Olympic equestrian wore a deep blue Beulah dress, Emmy London heels and bespoke hat by Juliette Botterill as she posed alongside her rugby star husband Mike Tindall, 41, in their backyard.

Zara, 39, also had some words of support for the Queen, who has been forced to miss Royal Ascot for the first time in her 68-year reign.

"It would be amazing to get her a winner this week — although sadly, not being there," Zara told ITV Racing from the gardens of her home on Princess Anne's Gatcombe estate in Gloucestershire.

She also confessed that she had "sent a few texts" to the team training the Queen’s horses for the five-day event, which has been canceled for the first time since it became a "royal week" in 1911.

"It's a sport she loves so passionately," added Zara about the Queen, who has been forced to watch the event on TV from Windsor Castle, where she has been isolating with husband Prince Philip, who recently turned 99, since March.

Despite this, the Queen was still able to continue her tradition of writing the introduction to the race cards, in which she praised "the thousands of racing professionals and enthusiasts who will join me in celebrating this year's Royal Ascot."

She added, "In these challenging times, we are once again delighted to welcome the best horses and jockeys from across the world and pay tribute to those who have helped make this race meeting possible."

Everything You Need to Know About Royal Ascot — Including the Queen's Strict Dress Code!

The Tindalls donned their Ascot finery as part of a virtual event that’s seen hundreds of other race fans wearing their posh frocks and top hats in aid of Ascot’s #StyledWithThanks charity for frontline workers tackling the coronavirus.

"When it’s day 1 of Royal Ascot and you have nothing else on!!!" Mike, who sported a top hat and blue tie for the occasion, captioned the photo on Instagram.

It marks a huge departure from the normal lockdown lives of the couple, who have busily combined charity fundraising with the arduous task of homeschooling their two children, Mia, 6, and Lena, 1, since the U.K. went into lockdown on March 23 — a task which Mike told the Daily Telegraph was "sometimes really nice, sometimes really frustrating."

In a hilarious Twitter meme posted on April 2, Mike also captured the emotions of thousands of other parents when Mia finally returned to school part-time.

“Me after school drop off this morning!” Tindall posted on his Twitter account alongside a meme of Forrest Gump sprinting out of the gates of his home.

Earlier on Tuesday, the Rugby World Cup winner also found time to thank the nearly 100 cyclists who have signed up the arduous Raid Local event in aid of The Cure Parkinson's Trust, of which he is patron.

This will see the riders leave their homes on June 28 to attempt to cycle 12,000 feet uphill and complete a distance of at least 85 miles each.

“Excitingly, just 7 days after our launch, nearly 100 riders have committed to take on Raid Local in the UK, France, Italy and the virtual world of Zwift, and we have raised over £150,000. These numbers are climbing daily, like our riders in training,” Mike posted on Instagram.

The cause is particularly close to his heart because his dad, Phil, has lived with the disease for the past 17 years. 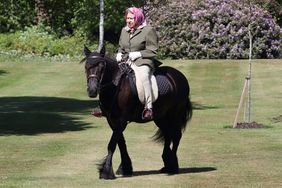 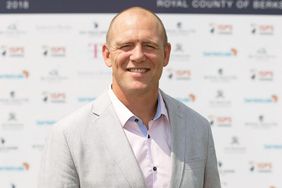 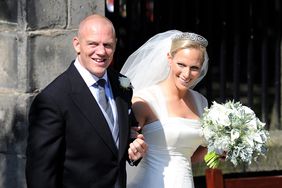