When Prince Harry and Meghan Markle tie the knot in May, they likely won’t have a prenuptial agreement, despite the substantial assets between them. But it’s for a very simple reason: Prenups aren’t a common practice for anyone in the U.K.

“Historically, members of the royal family have not had them,” royal author Ingrid Seward tells PEOPLE. “They are more popular in the United States —it’s just not a British thing.”

Prenups also can’t be legally enforced in the U.K. courts, according to the BBC. However, judges will consider them during a divorce trial, so they’re not without purpose, but they don’t carry as much weight as they would in the United States, where they are legally recognized.

Both Harry and Meghan have hefty individual bank accounts — Harry, largely thanks to a trust left to him by his late mother, Princess Diana, and Meghan, from her starring role on Suits over the course of seven seasons. Since Harry’s money is largely in a trust, it has an extra level of protection in the event of a divorce: Money in trusts is treated differently in divorce, and may be not eligible for division between the two parties, according to Divorce.co.uk.

A lot of Harry’s wealth is kept in trusts — from the will of his late mother Princess Diana and from other bequests from relatives, such as the Queen Mother. The same goes for Harry’s father, Prince Charles, who doesn’t own Highgrove House or Birkhall (where he stays when he is in Scotland). Both estates are owned by a trust. When Charles and Diana divorced in 1996, their marriage “took a lot of unraveling and legal wrangling,” Little points out. Diana was given $23 million — a vast sum at the time, even by royal standards.

Harry and Meghan live rent-free in Nottingham Cottage at Kensington Palace, and they don’t have a country home yet. (Prince William and Kate Middleton’s country home is on the Queen’s Sandringham Estate in Norfolk.) And when it comes to decorating their home, they can draw on the Royal Collection for their furnishings and pictures in the cottage and next door at the palace’s Apartment 1A where William and Kate and children Prince George and Princess Charlotte live. “So much is either owned by something else or someone else,” Joe Little, managing editor of Majesty, tells PEOPLE.

William and Kate’s country home of Anmer Hall was gifted to them by Queen Elizabeth, but the actual ownership of it likely rests with the Queen.

On the slim chance that Harry and Meghan do decide to have a prenuptial agreement, it’s a decision the public would likely never be privy to.

Little tells PEOPLE: “This would be something that would never make it to the public domain anyway, but I would be amazed if they had one.” 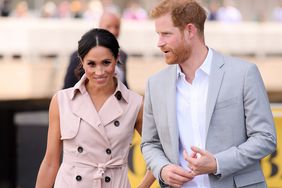 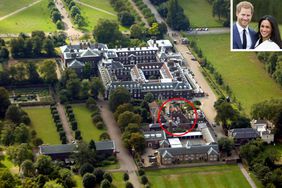 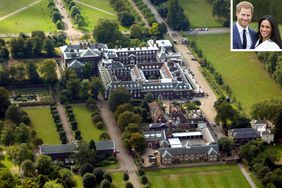