When royal twins are born, who inherits the throne?

Prince Albert and Princess Charlene’s daughter, Princess Gabriella, got the better of brother Prince Jacques on Wednesday, being born two minutes ahead of him. But does that make her the future queen?

Not in Monaco. The country’s laws of succession give pride of royal inheritance to the firstborn son. That means Jacques, though technically younger, is the heir.

Most monarchies in Europe have changed their laws to allow women to inherit the throne.

In 2011, Britain famously changed its long-standing rules, which stated that the first-born son of a monarch is the immediate heir. So, had Prince William and Princess Kate welcomed a girl, she would have one day been queen under the new laws. (Of course, they had a boy, Prince George.)

Are the same changes heading to Monaco? Not likely at this point. The Monaco Palacehas kept these rules in place largely because … it’s a tradition.

But they could easily be challenged in the future. A similar case occurred in Sweden relatively recently, forcing the country to update its rules.

Princess Victoria, born in 1977, was named the heir to the throne until her little brother, Prince Carl Philip, came along two years later and displaced her, leading to a bit of an uproar.

For now, Monaco’s law may favor Prince Jacques, but big sis may very well see her day on the throne.

Meanwhile, Princess Gabriella can claim the time-honored right of every big sister: bossing around her little brother. 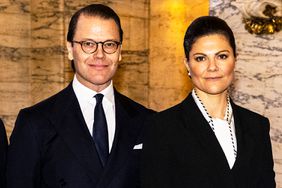