Tom Hardy Opens Up About His Friendship with Prince Harry, Says the Royal 'Is a F—— Legend'

Prince Harry has a loyal friend in Tom Hardy.

The actor, 40, is not one to dish on all the details of his friendship with the 33-year-old royal, but he did let a few things slip in a recent interview with Esquire.

While the star would only say that their friendship was “deeply private,” he did not mince his words when it came to Harry.

The Venom actor and his wife Charlotte Riley, 36, attended the prince’s nuptials to Meghan Markle at Windsor Castle in May.

Proving how special their bond is, Hardy — who’s originally from London — told Esquire he flew straight from New Orleans where he was filming Fonzo to be there on Harry’s big day.

Hardy and Harry’s friendship dates back a number of years.

The duo made an appearance in Star Wars with Prince William, 36, but unfortunately, the scene didn’t make it to the big screen.

The two friends were also photographed mingling at the Audio Polo Challenge in London back in 2016 as Harry and William played on Team Audi Ultra.

While the pair has a close bond, they do not get to spend a lot of time together as, after all, they are both very busy men.

Hardy has had a lot on his plate of late promoting his upcoming film Venom, which is set to hit theaters in October.

In the fantasy thriller, a spinoff from the Spider-Man franchise, Hardy plays Eddie Brock, a journalist investigating the Life Foundation run by Carlton Drake, played by Riz Ahmed.

Brock encounters an alien from Drake’s lab that infects him and turns him into the character Venom.

Harry is, of course, rather busy helping run a country and learning the ropes of being a husband. 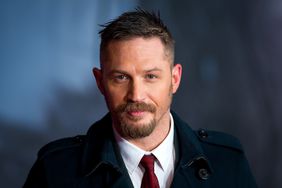 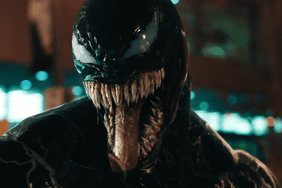