Princess Victoria, Queen Letizia and more dipped into the royal jewelry vaults for a visit 40 years in the making

When the Spanish and Swedish royal families get together, prepare for some glitz!

The Swedish royals hosted King Felipe and Queen Letizia of Spain for an official visit, which is never complete without a glamorous gala-style State Banquet. They gathered on Wednesday evening at the Royal Palace in Stockholm — but not before dipping into their jewelry vaults.

Queen Letizia, 49, sported a sleeveless navy dress topped with the grand Fleur-de-Lys Tiara with a coordinating brooch. The diamond headpiece was a wedding gift to Princess Victoria Eugenie of Battenberg by her groom, King Alfonso XIII of Spain, in 1906 — and she wore it for their wedding.

King Carl Gustaf and Queen Silvia played hosts, with Silvia sporting the Swedish Cameo Tiara. It's a favorite accessory of Queen Silvia — she wore it for her wedding day, and her eldest daughter Princess Victoria followed in her footsteps by also donning it at her 2010 wedding to Prince Daniel.

Princess Victoria, 44, opted for a floral pattern gown for the elegant evening. The future queen completed her stunning outfit with the Aquamarine Kokoshnik Tiara, which has been worn by many members of the family including Victoria's younger sister Princess Madeleine throughout the years.

Princess Sofia wore her own wedding tiara to top off her white ensemble, adding to her bridal vibes. Although the sparkler, a gift from the King and Queen Silvia, was topped with emeralds for her walk down the aisle, the 36-year-old mom of three boys with Prince Carl Philip has replaced the emeralds with pearls.

The Spanish monarch's visit marks the first Spanish State visit to Sweden in over 40 years — but the two kings are distantly related. King Carl XVI Gustaf of Sweden and King Felipe VI of Spain are both descended through Queen Victoria from their respective grandmother, Crown Princess Margareta of Sweden, and great-grandmother, Queen Victoria Eugenie of Spain.

The families' agendas during the trip included visiting the Nobel Museum and the two queens seeing the Karolinska Institutet.

The Netherlands' Princess Catharina-Amalia has yet to wear a tiara in public, but her new authorized biography revealed that the future queen has been trying on her mom Queen Maxima's headpieces since she was a little girl and loves the jewels.

She told biographer Claudia de Breij, "I love tiaras. Show me a tiara, and I'll know where it came from. I can recognize all the tiaras of Europe. I used to put them on from my mother. Then there would be one on her make-up table and I would have it directly on my head."

She continued, "I really liked to be in my mother's jewelry anyway. When I was very little. She was preparing for an important dinner and she shouted around the house, 'Amalia, where's that ring?' " 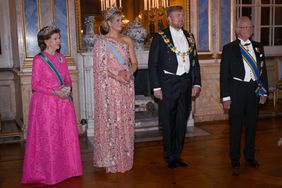 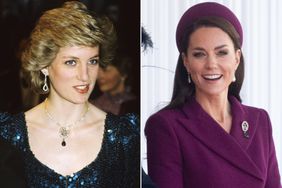 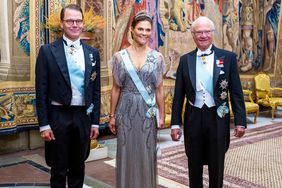 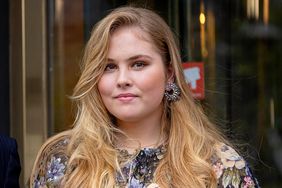 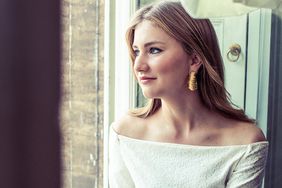 The Next Queen Elisabeth (of Belgium!) Celebrates 21st Birthday with Stunning New Portraits 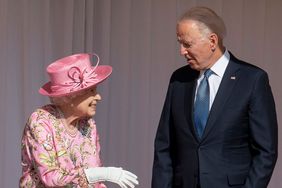 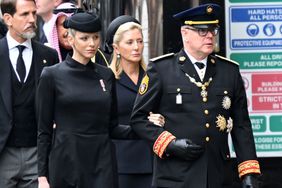