Plus, read the royal baby's horoscope!

The new royal baby will never meet his paternal grandmother, but Princess Diana‘s astrologer says the similarities in their star charts are astounding.

The baby boy — who arrived on April 23 at 11:01 a.m. at St. Mary’s Hospital’s in London — is a Taurus, just like his nearly 3-year-old sister, Charlotte. “With Cancer rising and Venus in Taurus, he has a sweet and sentimental side. He will be affectionate and open-hearted and quite the charmer,” predicts Thornton, who was Diana’s personal astrologer for more than six years.

The still-to-be-named royal baby, fifth in line to the throne, will be “strong-willed and independent” as well as a “ground-breaker” with a love of writing, the arts and politics. “Like his brother and sister, he will take part in a major transformation of the royal family,” says Thornton. “He will respect the institution of monarchy but be a socialist at heart.”

As for his bond to his elder siblings, Charlotte and Prince George, the founder of Astrolutely.com and author of The Zodiac Cooks says he will be closest to big brother George, 4. “They may not see eye-to-eye on everything, but there is a true brotherly bond of love between them,” she says. “Charlotte, a little less so, although she will adore looking after her little baby brother.” 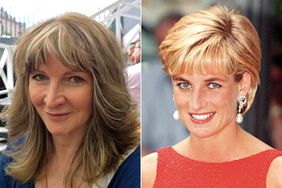