Queen Elizabeth is reacting to the announcement that her grandson Prince Harry and his wife Meghan Markle are “stepping back as senior members of the Royal Family.”

Just hours after Harry and Meghan shared their plan to “carve out a progressive new role,” the monarch, 93, says the conversation is still in “early” stages.

“Discussions with The Duke and Duchess of Sussex are at an early stage. We understand their desire to take a different approach, but these are complicated issues that will take time to work through,” the Queen’s office of Buckingham Palace said in a statement on Wednesday.

While there was some idea of the couple’s desire to take a different route, as discussions have been confirmed to be taking place, insiders tell PEOPLE that the 93-year-old monarch and senior members of the royal family, including Prince Charles and Prince William, were caught off guard by the release of the couple’s statement.

In addition to redefining their royal roles, Harry and Meghan also plan to become financially independent from the Crown. They also are planning a move to North America, where they will spend their time when they are not in the U.K.

“We now plan to balance our time between the United Kingdom and North America, continuing to honour our duty to The Queen, the Commonwealth, and our patronages,” they wrote on Instagram. “This geographic balance will enable us to raise our son with an appreciation for the royal tradition into which he was born, while also providing our family with the space to focus on the next chapter, including the launch of our new charitable entity.

The move comes as the couple are embroiled in several lawsuits with the U.K. press and acknowledged feeling under strain earlier this fall amid tabloid pressure and ongoing family tensions. Those close to the couple say both Meghan and Harry struggle with ongoing feelings of isolation from the rest of the family, with Harry’s friend Tom Bradby—who interviewed the couple for their October documentary—­describing them as “bruised and vulnerable.”

Following their candid revelations in the October special, in which Meghan bared her pain at being a new mom in the spotlight and Harry admitted his desperation to protect his family from constant tabloid scrutiny, a source says “eyes are open” about their emotional distress, but the relationship between the couple and the rest of the royal family has not grown any closer as a result.

“There hasn’t been this complete 180,” a source told PEOPLE. “Nothing has changed. They don’t speak, no one is checking in, no one is texting.”

Meghan and Harry spent the holiday season with their 8-month-old son Archie on Vancouver Island in Canada after announcing their decision to skip Christmas with the Queen and the rest of the royal family.

“Having spent the last two Christmases at Sandringham, Their Royal Highnesses will spend the holiday this year, as a new family, with the Duchess’ mother Doria Ragland. This decision is in line with precedent set previously by other members of the Royal Family, and has the support of Her Majesty The Queen,” Buckingham Palace said in a statement.

Tension between Harry and his brother Prince William has also added to the prince’s feelings of isolation, say insiders. For Meghan, who has been raising her son in a new country far from her L.A. home, the distance from both of their families has been a strain. 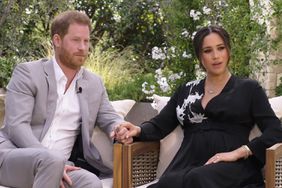