Prince Carl Philip of Sweden had an adorable helper when he took part in a holiday tradition tracing back decades.

Prince Alexander, 2, was on-hand to help his father accept Christmas trees at the Royal Palace of Stockholm on Monday. Students from the Swedish University of Agricultural Sciences have been presenting the palace with the evergreens every year since the end of the 1960s.

Alexander, the older brother of 1-year-old Prince Gabriel, looked ready for the season in a red Santa Claus hat, red pants and a holiday sweater featuring reindeer. In a photo shared on Prince Carl Philip and Princess Sofia‘s joint Instagram account, the little prince looked enamored by a small Christmas tree that was only slightly taller than him.

“Today I received the help of a small elf to receive Christmas trees at the Royal Palace from students from the Swedish University of Agricultural Sciences,” the sweet father-son snap was captioned.

The Swedish Royal Court’s official Instagram account shared a video of the trees being loaded into a truck and making their way through a snowy forest to the palace, before Prince Carl Philip met with the special deliverers.

The palace also shared another adorable photo of Alexander and his father, who knelt down as he held the little royal’s hand.

Prince Alexander has already started his public life as a member of the Swedish royal family. In August, he joined his parents at the Nynas Nature Reserve in Gisesjon, Sweden, where a scenic lookout and a path were dedicated in the boy’s honor. He was already a pro at waving to the cameras as he embarked on a horse-drawn carriage ride through the preserve and broke a ribbon to officially open the viewpoint.

Alexander was also seen getting in the holiday spirit earlier this month, when his parents shared a photo of Princess Sofia and her son celebrating Advent at an outdoor market. 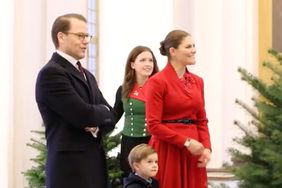 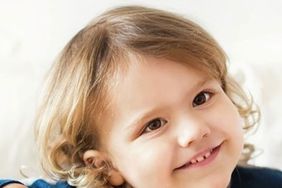