Plus, Prince Carl Philip makes his debut as the little royal's godfather

Just days after Sweden’s littlest royal, Prince Nicolas, was baptized in an elaborate ceremony at the Royal Chapel in the Drottningholm Palace, the Swedish royal family has released the stunning official portraits from the christening.

Taken by acclaimed Swedish photographer, Mattias Edwall, the pictures were shot in the ornate Stockholm palace.

In one of the portraits, the 4-month-old royal is pictured alongside his mother, Princess Madeleine, 33, father, Christopher O’Neill, 41, and his scene-stealing 19-month-old sister, Princess Leonore.

Nicolas is wearing an heirloom christening gown, the same one worn by his uncle, Prince Carl Philip, during his christening in 1979.

In another family shot, Princess Victoria proudly shows off her growing baby bump in a gorgeous violet dress with matching hat. Victoria and husband Prince Daniel announced in September that they are expecting their second child in March of 2016. 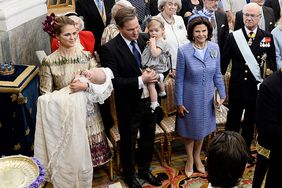 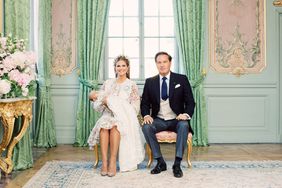 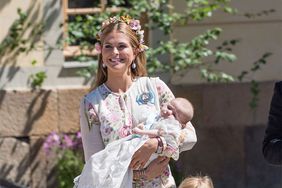