Queen Elizabeth has mastered the art of the video call as she has shown in various public chats amid COVID lockdown — but her husband, Prince Philip, has a unique way of ending a virtual call, according to his grandson, Prince Harry.

On Thursday night's episode of The Late Late Show, Harry, 36, told host and friend James Corden that the Queen, 94, and Philip, 99, had taken part in zoom calls with him at his home in Montecito, California, where he lives with wife Meghan Markle and their son, Archie.

"Both my grandparents do zoom," Harry said. "They've seen Archie running around."

But when Philip — who is currently in the hospital in London with an infection —wants the call to end, Harry said, "My grandfather instead of pressing 'leave meeting' he just goes 'doof,'" he explained while gesturing how his grandfather slams a laptop closed. "So, we're like 'Ok, bye,'" Harry quipped.

The conversation came up after Corden poked fun at the Queen ordering a waffle maker to be delivered to Santa Barbara as a Christmas present for Harry and Meghan, 39.

"I don't even know how to comment on that," Harry replied, going on to explain how much Archie and his wife loved the gift.

"My grandmother asked us what Archie wanted for Christmas and Meg said a waffle maker. She sent us a waffle maker for Archie. So breakfast now, Meg makes up a beautiful organic mix in the waffle maker," he told Corden.

Harry added, "Bit of yoghurt, bit of jam on top. I don't know if that's the right thing to do. Bit of berries, maybe honey."

A source previously told PEOPLE that Harry and Corden "have been friends for years and had a great time. A lot of joking around and laughter."

"They toured Hollywood and James showed Harry some special landmarks. They also chatted about Harry's life in the U.S. and his focus now," another insider added.

The Late Late Show host, 42, was one of the guests in attendance at Harry and Meghan's royal wedding in 2018.

"It was never walking away, it was stepping back rather than stepping down," he told the host. 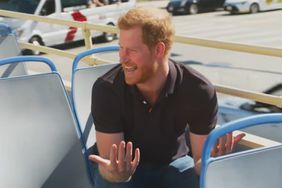 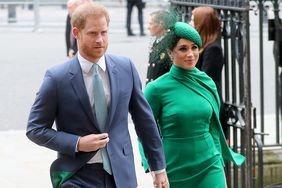 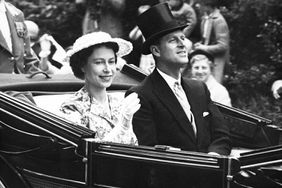